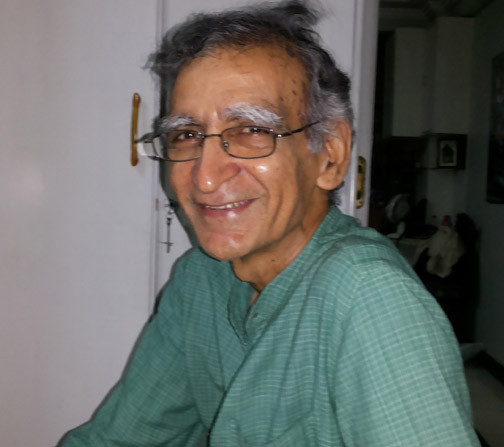 India’s diversity has been amazing as different cultures, religions, languages and ethnicities had been living here, cheek by jowl, from last many centuries. Bhakti-Sufi Saints and then the freedom movement cemented the bonds between diverse communities living here. But last few decades in general and last few years in particular have seen an assault on this syncretism and intercommunity relations.

A couple of days ago in Mathura. A dosa stall, Srinath Dosa outfit in Vikas market was vandalized by the followers of sectarian ideology. They threatened the owner, Irfan, as to how dare he keep the Hindu name for his eatery and asked him to move out of the Vikas market where he is located. Other more frightening acts against Muslims have been proliferating recently. In Rajasthan, Sikar a 52 year old rickashw driver was thrashed, asked to shout Jai Shri Ram and warned that he will not be spared till he leaves for Pakistan. In Indore, Taslim Ali, a bangle seller was beaten black and blue and questioned as to why he has come in a Hindu area to sell his bangles. Another E Rickshaw driver was beaten by the Hindutva mob as his young daughter kept crying, clinging to him, and pleading to the mob to spare her father. In Ajmer a Muslim beggar sitting with his two sons was confronted and asked to leave to Pakistan as he was beaten.

To add salt to the injury these inhuman incidents are videotaped and circulated as acts of bravery to be emulated by others. These random acts of hate may be some from the list which have come to surface. They just indicate that communal violence against hapless minorities is becoming a new normal. They are spontaneous and scattered over different areas. The Hate manufacturing machines are working overtime and this ‘social common sense’ is undoing the intercommunity bonding cultivated over centuries, particularly during freedom struggle. This Hate is outcome of the communal narrative constructed over last two centuries. True, the equal and opposite hate was constructed by communal forces, Muslim Communalists against Hindus and Hindu communalism against Muslims.

While Muslim communalism did get deflated after the partition, the Hindu communalism is on the ascendant and more aggressive from last few years. The narration which creates Hate against Muslims began with Muslims being foreigners, Muslim kings being cruel and what have you. Muslims kings, have been the kernel around the Hate is constructed and currently selectively acts of cruelty by them are being highlighted through various mechanisms. With its fertile imagination the large section of media, during last decade has become more partisan; as it is owned by the masters who stand to benefit a great deal from the Government with sectarian goals. It has unleashed itself aggressively against the Muslim community.

One can give innumerable examples of the same. But this downhill journey of social perceptions over decades can also be seen from the change in reception to films like Mughal-E-Azam in yesteryears to Jodha Akbar in recent times. ‘Tablighi Jamat being the core spreader of Covid 19’ will go down as a classic case as to how large section of media controlled, indoctrinated and blinded by sectarian ideology targeted Muslims for the spread of Corona.

Now the communal forces are making a transition of hate manufacture from medieval period to the period during freedom movement. They any way had no role anti-colonial struggle are another matter. It was the British Policy assisted by Muslim and Hindu communal forces which led to the partition tragedy. Father of Nation, Gandhi and Jawaharlal Nehru are being presented as the appeasers of Muslims, due to which the partition took place, as per them. To add another brick to the foundation of the construct of ‘hate other’, now Mr. Modi has declared that 14th August, the Pakistan was founded, will be observed as Partition horror remembrance day.

He uses convoluted statement, ‘sacrifices of those who lost lives during the partition tragedy’ etc. His minions bring forward the real import of the same. In various articles the BJP spokespersons are reminding us of the Calcutta killings and the horror which Hindu refugees had to face. Incidentally my own family was also one of the victims of this horrific tragedy. The attempt is to give a total ‘Hindus killed by Muslims’ presentation. The reality is far more complex. It was not just Hindus and Sikhs who suffered; it was Muslims also who suffered in substantial measure. It was the whole subcontinent immersed in the misery irrespective of religion.

When this point was elaborated by Karan Thapar in his column in The Asian Age, his article was withheld. In his interview to Satya Hindu’s Neelu Vyas he tells us that the article dealt with massive anti Muslim pogrom in Jammu, the intensity of which is not less than anti Hindu violence. The point is not which community suffered more; point is the whole subcontinent was writhing with pain and anguish.

The sectarian agenda wants to observe this day as partition horror day just to infuse one more ground of Hate against the Muslim community. Jammu massacre does not find much mention in many a books on partition, the state sponsorship of the same, the collaboration with Hindu communal outfit and all that, but it’s very much available with little search. The other spokespersons of BJP are now hinting that it was Congress which appeased the Muslims due to which the partition horror took place. They forget that it was Sardar Patel, who they are trying to iconize for their narrow political gains, who was Home Minster at that time. As far as appeasement of Muslims is concerned that has been the complaint of Hindu communalists right from end 19th century, when they stated that INC having Muslims as members is their appeasement. And this ‘charge’ has been continuing in various forms right till the day.

We need to rise above the sectarian considerations and try to integrate communities and remember our composite culture as a learning point to build our future. To combat the hate bricks should be topmost on our program!