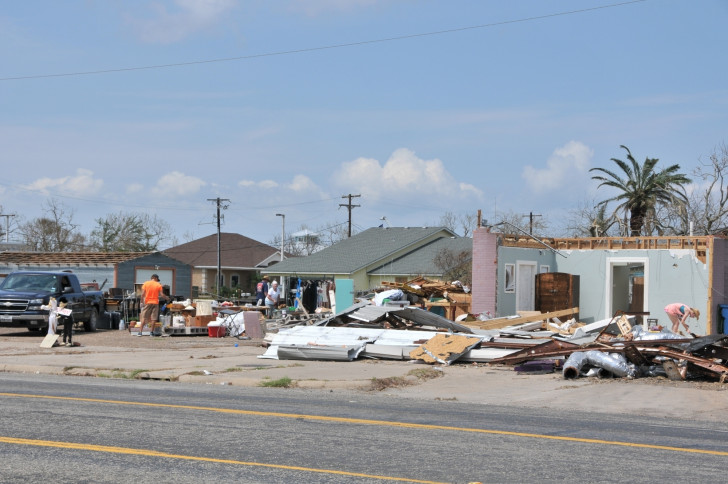 Houston, Sep 13 Parts of the coast of south-central Texas are under a hurricane watch, in preparation for Tropical Storm Nicholas which is forecast to gain strength on Monday.

The US National Hurricane Center (NHC) said the storm may gain peak sustained winds of 65 mph on Monday, with the centre of the storm located over the Gulf of Mexico and just east of southern Texas, reports Xinhua news agency.

"Although not explicitly shown in the intensity forecast, Nicholas could approach hurricane strength when it nears the northwest Gulf Coast, especially if it moves to the right of the NHC forecast track and spends more time over water," the NHC said.

A hurricane watch means conditions (sustained winds of at least 74 mph) are possible within 48 hours of the watch being issued, according to a CNN report.

A 14th named storm in the Atlantic basin, the total number of storms in an average season, typically does not form until November 18.

Meanwhile, a flash flood watch is currently in effect for at least eight million people from the US-Mexico border in Texas through southwestern Louisiana, including Houston, Corpus Christi and Brownsville, Texas, and and Lake Charles, Louisiana.

The remainder of southern Louisiana, including New Orleans, will also be at risk for periods of heavy rain, but the threat of flash flooding is not as significant.

photo is of damaged houses in Rockport by hurricane Harvey