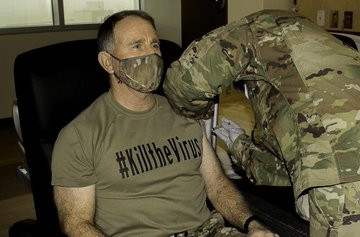 The USFK said in a statement that nine USFK-affiliated individuals were confirmed with the virus between August 26 and September 6, reports Xinhua news agency.

Four service members and one family member arrived at Osan Air Base on US government-chartered flights on August 31, September 1 and 6.

The confirmed patients have been transferred to designated isolation facilities at the US army bases in South Korea.

The total number of infections among the USFK-affiliated personnel rose to 1,409, according to the Yonhap news agency.

The daily caseload has hovered above 1,000 for 69 straight days.