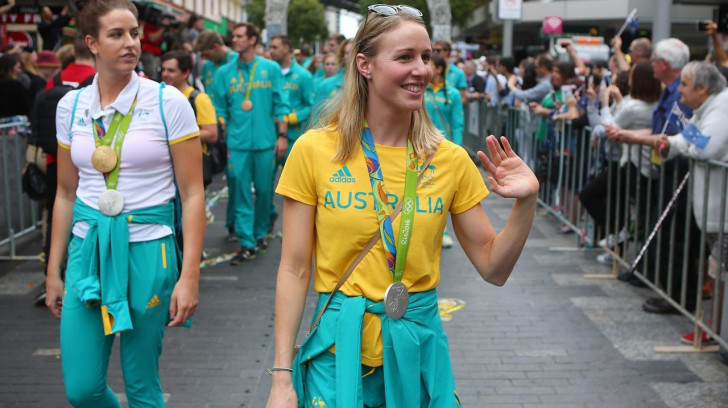 Barratt, 32, was chosen by her peers, as Australia's Olympians from Rio 2016 and Tokyo 2020 were given the opportunity to vote from a field of five candidates.

Australian Olympic Committee (AOC) President John Coates said the athlete's input would be critical for the Queensland capital city of Brisbane to achieve its goals for the 2032 Olympic and Paralympic Games.

"There are ten-year-olds today whose Olympic Games experience in 2032 as athletes will be shaped by the input from Bronte at the committee table over the next three years."

Barratt represented Australia at the Olympics in Rio 2016, London 2012 and Beijing 2008, picking up gold, two silver and a bronze medal.

In Beijing, she was part of the famous 4x200-metre freestyle relay team which took gold and broke the world record.

"With my swimming and post-swimming career, I know I can provide the insights and decision making on behalf of athletes," Barratt said.

"I am very excited about the future for Brisbane and Queensland with the Olympic and Paralympic Games being held in my hometown," she told News Corp.

"My three Olympic Games experiences were definitely the best time of my life and it's these experiences that I believe will add value for the committee."