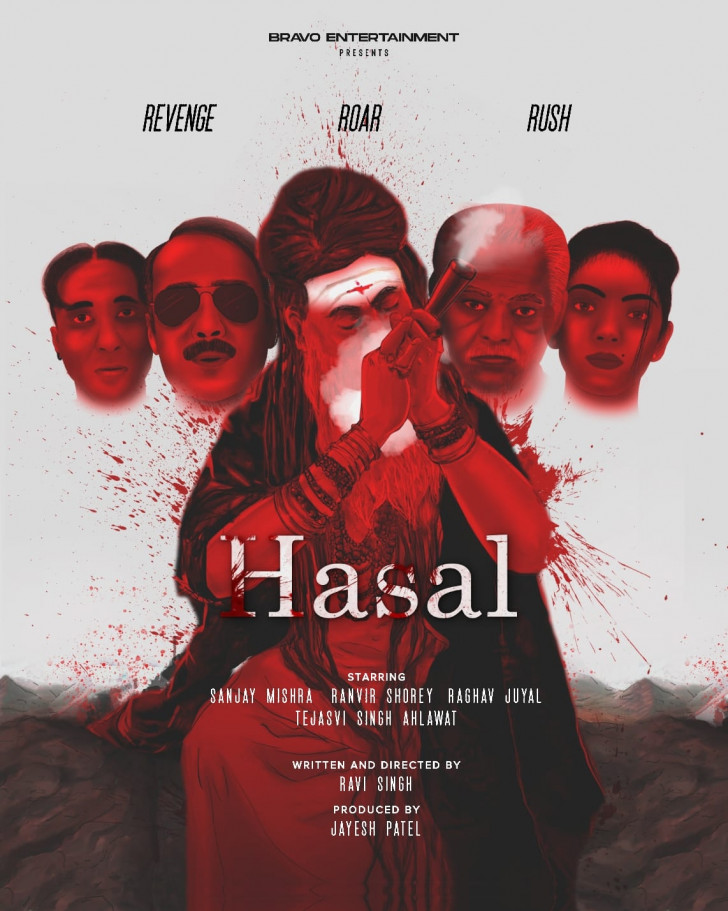 Mumbai, Sep 14 : Director Ravi Singh says his movie 'Hasal' is all about the darkness that is there inside every individual.

This film showcases the fundamental darkness that one hides which lies within every individual. It depicts how all the four characters in the film enjoy, accept and celebrate their struggles and try to live with it in a better way.

Stating about the whole idea of writing this film, Ravi adds: "The film consists of 4 stories and I got inspiration from my surroundings through observation. So, these are not imaginary characters and are adapted from real lives. I just gave words to the them. It's a story that resides in every family, city, village, etc. It's a story of common people like us."

'Hasal' featuring Sanjay Mishra, Ranvir Shorey, Raghav Juyal and Tejasvi Singh Ahlawat as a female protagonist is written and directed by Ravi Singh and produced by Jayesh Patel. Presented by Bravo Entertainment, the film will go on floors in December. The first shoot schedule will take place in Varanasi. It also stars Ishtiyak Khan in a pivotal role.

Producer Jayesh Patel really liked the set up of the story and he comments: "Writer-director Ravi narrated me this story in January this year. I really liked the set-up and treatment of the genre and the story. Then, the cast suited for the role agreed to do it, we just went ahead. Pre-production has been completed. Workshop with the actors has been scheduled for the entire November. And, we will start shooting in the first week of December in Varanasi."