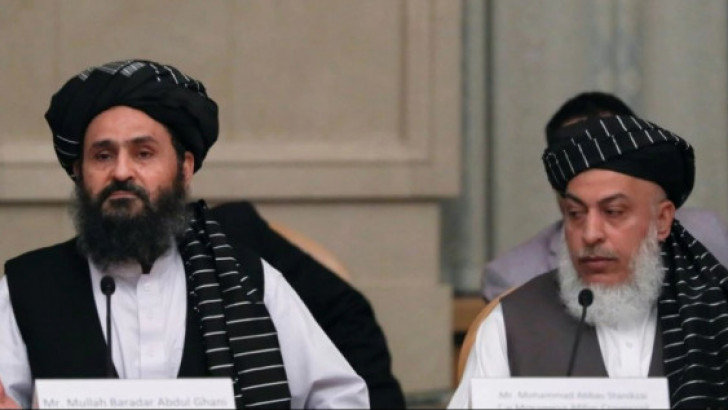 Kabul, Sep 15
The Taliban-led interim government in Afghanistan has reminded the US and the western world of the promises that the US made for de-listing its top leadership from global sanctions and terror lists, along with ensuing legitimacy to its government, calling on Washington to fulfil its promise and refrain from what it called undue criticism of the government setup in Afghanistan.

Acting Foreign Minister of the Taliban-led government, Amir Muttaqi, revealed that the US has agreed to ensure legitimacy to the Taliban government and de-listing of its leaders from global sanctions lists and removal of their names from the list of designated terrorists in the Doha agreement, which led to the withdrawal of foreign forces from Afghanistan.

"During the Doha agreement, the US gave it in writing that it would ensure legitimacy of the Taliban-led government by the international community and would also ensure removal of names of Taliban senior leaders from global sanctions and designated lists," he said.

The statement is important as the western countries are criticising the interim setup of the Taliban in Afghanistan for having names of individuals, who have global sanctions against them, besides carrying millions of dollars worth bounties on their heads.

The western countries, along with the international community and the US, have stated that it is difficult for them to recognise the Taliban leadership with questionable history and global sanctions.

However, the Taliban's latest statement, revealing that global legitimacy for the Taliban leadership is part of the Doha agreement, mutually agreed by Washington, has certainly raised may eyebrows over the logic and basis behind such a commitment.

On the other hand, Washington continues to deny giving any recognition or legitimacy to the interim Taliban government, insisting that no recognition can be given until the Taliban meet the international demands and concerns.

The international demands include formation of an inclusive government with representation of women and other ethnic groups, provision of rights to women and positive commitment on not turning Afghanistan into a safe haven for terror organisations, which may become a major security concern for the US, the world and the region.

But the Taliban say that all demands of the international community have already been met as they claim that the current interim government is in fact an all-inclusive one.

"The current interim government is an all inclusive government and has representation from all ethnicities. We have already said this from the start that our soil will not be allowed to be used for terrorism. And women in Afghanistan are free to continue their education and work," said acting Foreign Minister Muttaqi.

"I want to again say this that this is an interim government and changes will be made to the setup until we form a permanent government," he added.


Taliban army chief says those who defend democracy will be suppressed

New Delhi, Sep 15 (IANS) The Chief of Army Staff of the Taliban, Fasihudin, has said that those who defend democracy in Afghanistan and oppose the Taliban will be suppressed.He added that they will suppress all those who defend the gains of the past two decades under the name of specific ethnic groups or resistance in Afghanistan, Khaama News reported.Those who defend democracy in Afghanistan and oppose the Taliban will be suppressed, he said.Though he did not directly name any group, he probably alluded to the resistance front led by Ahmad Masoud in Panjshir province.The front, which was finally defeated by the Taliban after 15 days, was created by former vice-president Amrullah Saleh and the son of the slain Ahmad Shah Masoud.Fasihudin said these people are disturbing security and want bloodshed in Afghanistan, the report said.Fasihudin, who was talking to a gathering in Kabul on Wednesday, said that consultations over creating an Afghan national army are going on to establish a potent army.Fasihudin, who is also known as the conqueror of the northern province of Afghanistan, is considered one of the toughest military leaders of the Islamic Emirate of Afghanistan.