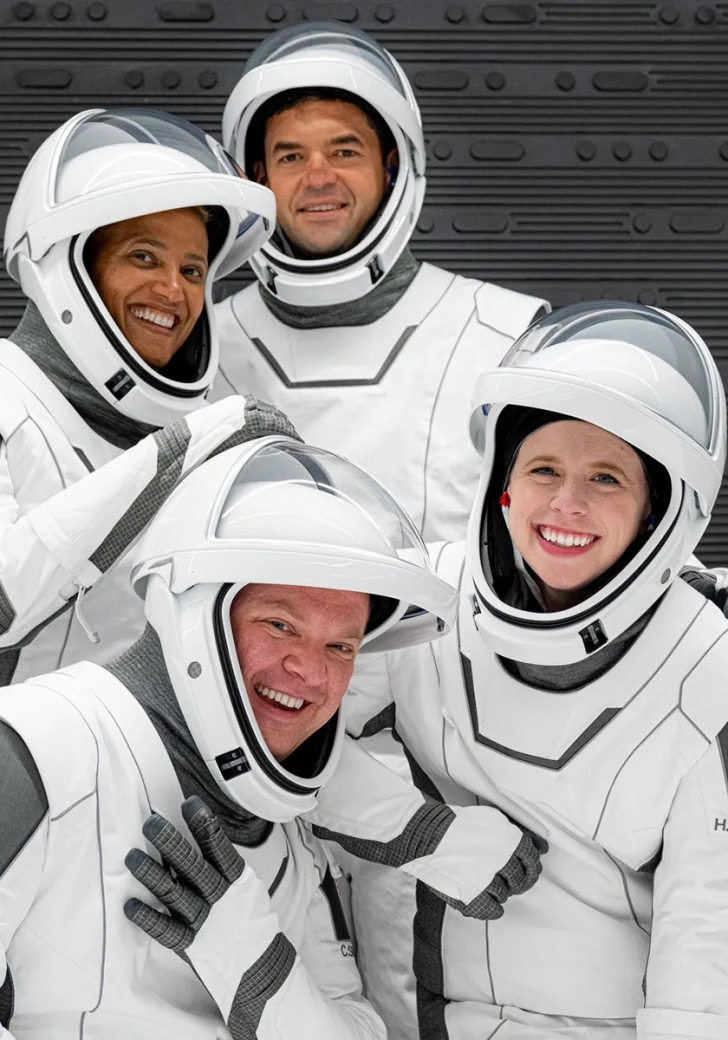 "All systems and weather are looking good for today's Falcon 9 launch of Dragon's first all-civilian spaceflight," SpaceX shared in a tweet before launch.

SpaceX is targeting a five-hour launch window. They will orbit the planet aboard SpaceX's Crew Dragon capsule every 90 minutes along a customised flight path.

The three-day mission will target approximately a 575 km orbit, flying farther from Earth than any human spaceflight since the Hubble Space Telescope repair missions.

Upon conclusion of the three-day journey, Dragon and the Inspiration4 crew will re-enter Earth's atmosphere for a soft water landing off the coast of Florida.

"#Inspiration4 embodies our vision for a future in which private companies can transport cargo and people to low-Earth orbit. More opportunities to fly more opportunities for science," NASA said in a tweet.

"Thank you for the support. This is what #Inspiration4 is all about," Inspiration4 replied.

The Dragon has a dome window, inspired by the Cupola on the International Space Station, and will provide the crew with incredible views of Earth, according to the Inspiration4 team.

"Thank you for visiting our #Inspiration4 crew before their departure to Launch Complex 39A," Inspiration4 tweeted.

"While you're watching the @inspiration4x stream, would you consider donating to St. Jude?" the hospital tweeted.

"Every dollar counts, whether it's $4 for the four crew members or $300 for the three days they'll be orbiting, your donation makes a big impact on patient families," it added.

During their multi-day journey in orbit, the Inspiration4 crew will conduct scientific research designed to advance human health on Earth and during future long-duration space flights, the company has said.

The 40th AAPI Convention In San Antonio, TX To Focus On “Heal The Healers” With Its Much Needed “Wellness Package” For Physicians And Families

TN CM to inspect new museum being constructed at Keeladi

BJP not going anywhere, problem is with Rahul: Prashant Kishore