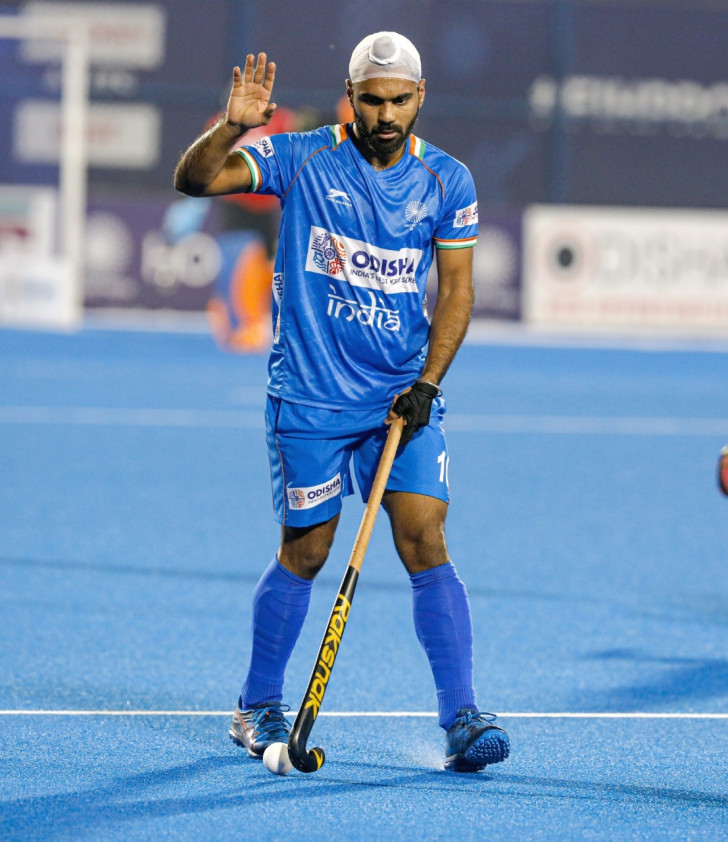 New Delhi, Sep 24: Indian men's hockey team midfielder Simranjeet Singh said on Friday that following the Tokyo Olympic Games success, he is looking forward to returning to the national camp to "improve further" and be ready for the tests that lie ahead.

Simranjeet was part of the successful Olympic campaign where he played a key role in the bronze-medal match against Germany. He scored twice in the encounter and introspecting on his performance, Simranjeet said he is fortunate to have earned the opportunity to represent India at the greatest sporting event in the world.

"I feel very fortunate, honestly. It was a great experience I had in Tokyo and my aim was to execute the role I was given to perfection. Now, I am waiting to return to the camp and analyse our performance in detail and understand the areas I can further work on and improve," he said.

Simranjeet was part of the India Colts team that successfully lifted the FIH Junior Men's World Cup in Lucknow in 2016. Ever since, his career has been on an upward climb.

"That victory in Lucknow changed our lives for good. It was the stepping stone for many of us and the journey so far has been fantastic. From here on, my aim is only to get better and be part of India's campaigns at the FIH Hockey Pro League, Asian Games and so on. There is still a lot that I feel I can improve upon," he added.

With the forthcoming FIH Men's Junior World Cup Bhubaneswar 2021 scheduled to start on November 24, Simranjeet said, "It is great that the best junior players from across the globe will get to experience the world-class facilities in Bhubaneswar. We have played in many venues across the world but playing in Odisha is always special because of the facilities there, the Odisha State Government's hospitality and the fans.

"I am really happy that hockey festivities are returning to India after nearly two years of no action in the country due to covid. I hope all the players enjoy the tournament and wish them good luck," he added.