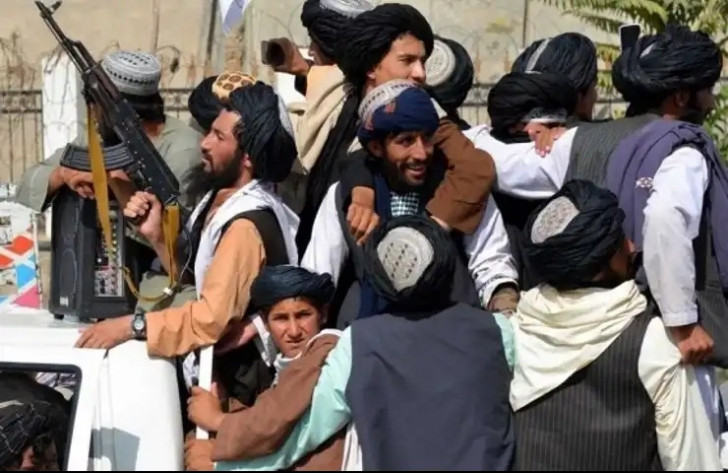 New Delhi, Sep 25 : "Taliban can rule Afghanistan, but they can never govern it," said Massoud Hossaini, a Pulitzer Prize and WPP winner photojournalist who managed to escape the Taliban and is now forced to be "stateless".

Massoud was speaking on September 18 at The Open Forum webinar titled, "What does Taliban rule mean for the region and the West". Other speakers at the event included Jonathan Goodhand, Professor in Conflict and Development Studies from the Department of Development Studies, School of Oriental and African Studies (SOAS) and Ayesha Ijaz Khan, a lawyer and columnist for the Dawn and Arab News.

The webinar was moderated by Mandy Clark, an Emmy-nominated journalist and former CBS News war correspondent and the winner of the Richard R. Snell Award for investigative journalism.

Usurping the 20 years set-up of the US in a matter of 10 days took the world by surprise and turned the world of those living in the country up-side-down.Calling it "one of the most horrible in the history of the world", Massoud said, adding that "a country being invaded by one of its neighbours and the world is only watch it".

Pakistan was quick to recognise Taliban government post the Kabul take-over. By virtue of Pakistan's geopolitical positioning it has always played a pivotal role in dealings with Afghanistan.

Recalling former US President Barack Obama's term for war against Taliban in Afghanistan "a good war", Ijaz Khan believed the US retreat was "unplanned and odd" and more a response to their own "domestic war weariness".

"The lessons learnt from this is that democracy and enlightenment must be home grown, and one cannot really rely on foreign powers to deliver these goodies."

On the other the hand Pakistan's support to the Taliban regime has huge implications for Pakistan itself.

"I have a lot of trepidations particularly as a woman of the region because what happens in Afghanistan will inevitably spill over to Pakistan. Our fate is tied... I am not very optimistic for the future," she further added.

Responding to a viewer question, Ijaz Khan pointed out how she disagrees with Pakistan's stance to support the Taliban and so does a lot of Pakistan.

Pakistan to some though is the root cause of the problem. Speaking from experience having covered the border between Afghanistan and Pakistan, Massoud said: "I have witnessed Taliban were coming close to the border with the help of the Pakistani army. They had lot of support from Pakistan's ISI. How someway US did not find a way to bomb them there?

By not doing so, Massoud added the West, "have lost Pakistan and lost Afghanistan and now they are replaced with China, what can I say".

Pakistan piggy-backing on China has its own implications.

"Going from reliance on one foreign power to another means that Afghanistan remains a rentier state and unfortunately when a state is war torn and it is weak then other countries take advantage of it. I think Pakistan has been one actor which has not played a positive role in Afghanistan,but other countries have taken advantage of Afghanistan that has had to undergo 40 years of war," opined Ijaz Khan.

China replacing the US in the region has ramifications on the West as well.

"Western retreat from Afghanistan is the kind of decline of western interventionism," believes Goodhand.

It is also a decline of "western activism" to change the world, barring in mind the spill over effect of intervention in Iraq.

The whole "rhetoric" of the West fixing failing state and of exporting democracy through these large multi-mandate operations led by the NATO or the UN, Goodhand believed "have really punctured these hubristic kinds of goals which are being shown to be extremely unrealistic and have failed in their own terms and I suppose what we see now is a swing back to realism".

Apart from "rupture expectation from the Western countries", the impact of a Taliban take-over has yet another implication. This could be an, "inspiration to jihadis internationally," and "whether the Taliban have the where with all to deal with IS, in some way sworn enemy of the Taliban but there are some multiple other groups including IMU, TDP which could have the blow back effect on the region", Goodhand said.

Economic instability in Afghanistan also might lead to, "expansion of drug economy for the region, Europe and the Western Economy", he added.

The big question now is: what next and is there hope?

For Ijaz Khan, the real inspiration and hope comes from the Afghan women, "who have tried to stand up to the Taliban.

For her "an ideal outcome would be a trans-national movement of women in Afghanistan with Pakistan and Iran joining in".

"I don't think what Afghan people need now are sanctions and turn Afghanistan into International Pharaoh. We have this massive financial crisis, a development crisis, humanitarian crisis there has to be some kind of engagement and that will have to be with the Taliban. That does not mean to say naively recognising them, legitimising them but there has to be some engagement. Sanction regimes do not work," said Goodhand.