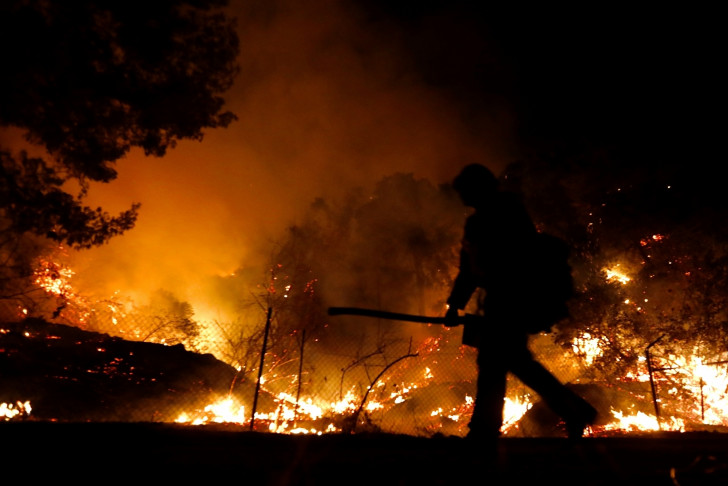 The Attorney said that her office has determined that the PG&E was "criminally liable" for the fatal wildfire in July 2020 and the company "had a duty" to remove the trees.

Calling the San Francisco-based company "reckless and criminally negligent", Bridgett said that its illegal behaviour was widespread and was so persuasive that the prosecutors must file criminal charges against it.

Friday's filing also included felony arson charges against PG&E for "recklessly igniting" three other fires, all occurring in Shasta County before and after the Zogg Fire.

If the PG&E corporate entity is convicted of the manslaughter felonies, the maximum punishment would be a fine of $10,000 for each person killed in the fire.

No individual employees or officers of PG&E were arrested on Friday's charges, however, Bridgett said that the criminal investigation could still lead to arrests.

Earlier this year, the California Department of Forestry and Fire Protection (Cal Fire) cited equipments owned by PG&E as the cause of the fire, which burned more than 56,000 acres of trees in Shasta and Tehama counties.

The fire, destroying more than 200 structures, killed three people, including eight-year-old Feyla McLeod and her mother Alaina Rowe McLeod, who were were found burned beyond recognition in a pickup truck.

The victims' neighbour, Karin King, was also found burned to death on the roadside next to her car.

And the fourth victim, Kenneth Vossen, succumbed to burn injuries in a hospital.

PG&E equipments were found responsible for some of the most destructive wildfires in California history, including the 2018 Camp Fire in Butte County that left more than 80 people dead, the 2017 Tubbs Fire that left 22 dead and the Ghost Ship warehouse fire that claimed 36 lives in 2016.

PG&E CEO Patti Poppe released a statement late Friday to dispute the criminal charges against the company, saying "failing to prevent this fire is not a crime".