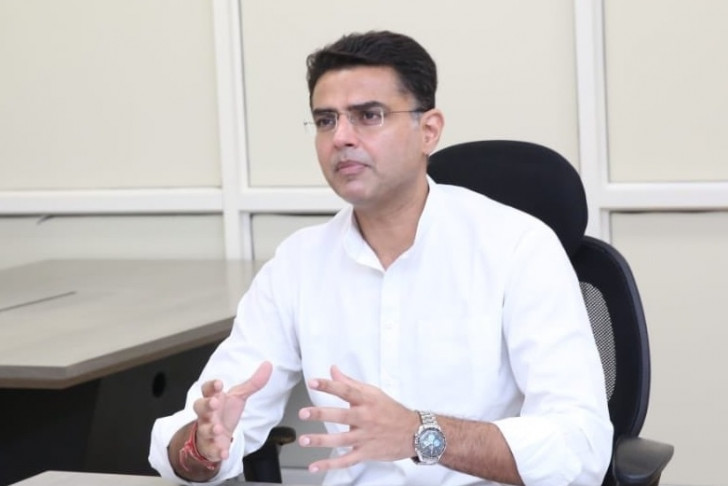 Jaipur, Sep 25 Speculating about major changes in Rajasthan politics after Punjab, lobbying and WhatsApp calling have picked up pace in the state and Delhi after former deputy Chief Minister Sachin Pilot met Congress leader Rahul Gandhi twice in Delhi in the last one week. This time, he met Priyanka Gandhi too along with Rahul which is raising eyebrows of many leaders from the Gehlot camp.

While a few Rajasthan ministers and MLAs have reportedly visited Delhi for lobbying, there are others seen busy making WhatsApp calls to discuss newer permutations and combinations coming up in the state.

Before leaving for Delhi, Pilot met Rajasthan Speaker CP Joshi which led to speculation being rife that Pilot was busy making his camp stronger, and hence major changes will be reported here.

Meanwhile there is speculation that Pilot may be given the Pradesh Congress Committee presidency or a major portfolio in the government as CM Ashok Gehlot presently handles a number of portfolios.

There are also reports that Congress veteran leader from Madhya Pradesh Digvijaya Singh might visit Rajasthan on October 1 to talk to MLAs here and draft a strategy for upcoming changes in the political map.

"These changes, the high command feels, are required not only for the upcoming assembly polls in 2023 but also for the Lok Sabha polls in 2024," they added.

"In December 2018, the Congress won 99 seats out of 200 and Ashok Gehlot was made the CM even though he was not the CM face during the poll campaign. After five months of these elections, Lok Sabha polls were held, where Congress scored a duck out of 25 seats."

Now, the next elections are scheduled in 2023 and the party is contemplating a new CM face so that the 2019 Lok Sabha results are not repeated in the 2024 parliamentary elections, said Congress sources.

In fact, veteran strategist Prashant Kishor has chalked out a comprehensive strategy and submitted it to Congress president Sonia Gandhi.

Gandhi, they said, had shared it with leaders like Ambika Soni and others. In his report, Kishor has recommended major changes in Punjab, Rajasthan and Chhattisgarh.

These are the states where the Congress is on a strong wicket and hence the party should not take them lightly, he recommended.

Eventually, in the next few days, there will be major changes in the desert state which has been lying low in terms of political action.