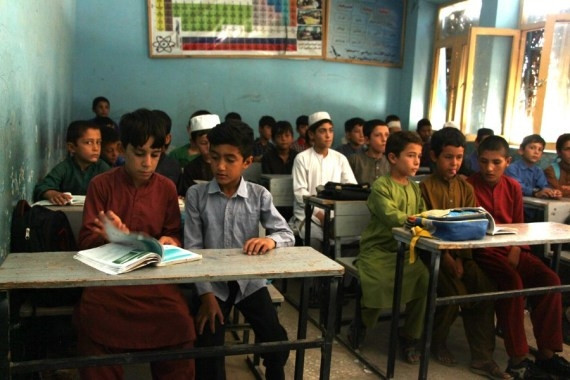 This new round of funding contributions announced on Monday will accelerate the impact of ECW's education in emergencies investments, which have already reached more than 4.6 million crisis-affected children and adolescents.

ECW's Covid-19 response has also been delivered in record speed across 32 countries, reaching an additional 29.2 million vulnerable girls and boys.

Since its inception in 2016, it has mobilised $828.3 million through the ECW Trust Fund, and helped leverage with its partners $1 billion worth of programmes aligned with ECW's multi-year resilience programmes in 10 countries.

"We all see the dramatic crises worldwide. Children and young people suffer the most from hunger, violence, and lack of education. Every child has a right to education. Thus, I am proud to announce that Germany will commit 50 million euros to Education Cannot Wait," said Gerd Muller, Federal Minister for Economic Cooperation and Development of Germany.

"The US has proudly supported Education Cannot Wait since its inception in 2016. And we are proud to boost our support today," said USAID Administrator Samantha Power.

Despite these significant contributions, large gaps for education in emergencies funding persist.

ECW analysis of humanitarian appeals indicates that funding requirements for education grew from $1 billion in 2019 to $1.4 billion in 2020.

Global leaders are signaling the alarm bells as new reports indicate the world is falling behind in delivering on the Sustainable Development Goals, (including SDG4 for inclusive equitable quality education), by 2030.

According to the UN, Covid-19 has wiped out 20 years of education gains, with an additional 101 million of children in grades 1 through 8 falling behind in minimum reading proficiency levels.

Globally only 85 per cent of children completed primary school in 2019, up from 82 per cent in 2010, while only about half of students will graduate from secondary school.

An estimated 1.5 billion students were impacted by Covid-19 school closures, and a recent study by the Malala Foundation estimates that an additional 20 million girls would lose their access to education as a result of the health crisis.

Girls and boys already impacted by conflict, climate change and displacement are being pushed further to the margins.

When these girls and boys are pushed out of school, they face increased risks of gender-based violence, forced recruitment, and other grave violations.