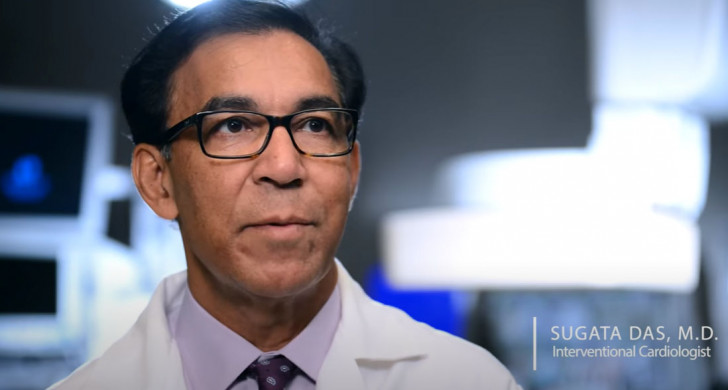 Sandiego, California:
Dr Sugata Das, who worked as an interventional cardiologist at Yuma Regional Medical Centre (YRMC) in Arizona was killed when the plane he was piloting crashed. The doomed aircraft hit a UPS truck on the ground killing its driver.

It also caused fire to nearby homes.

Dr Das owned twin engine Cessna 340 and he commuted to work from his home in Sandiego.

‘We are deeply sad to hear news of a plane owned by local cardiologist Sugata Das, which crashed near Santee (California),’ YRMC's Chief Medical Officer Bharat Magu said in a statement.
‘As an outstanding cardiologist and dedicated family man, Das leaves a lasting legacy. We extend our prayers and support to his family, colleagues, and friends during this difficult time,’ Magu said.

The crash near Santana High School in Santee appeared to have sparked a fire that burned at least two homes, damaged five others and several vehicles.

UPS confirmed that one of its employees was killed during the plane crash. They did not reveal his name. ‘We are heartbroken by the loss of our employee, and extend our deepest condolences to his family and friends. We also send our condolences for the other individuals who are involved in this incident, and their families and friends,’ UPS said in a statement.

The incident happened around 12.30 pm.

The Cessna C340 has the capacity to seat six passengers, with two seats in the front and two in the back.

Born in a Bengali family, Das grew up in Pune.