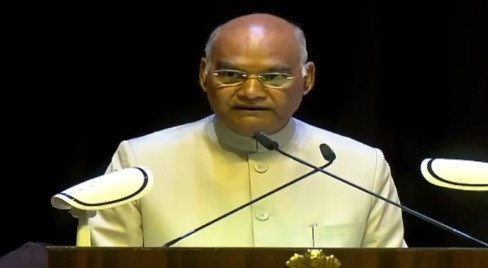 New Delhi, Oct 13 : The President of India, Ram Nath Kovind, will visit the Union Territories of Ladakh and Jammu and Kashmir on October 14-15, where he will celebrate Dussehra with army jawans in Drass.

"On October 14, the President will perform Sindhu Darshan puja at the Sindhu Ghat in Leh. He will also interact with the troops at Udhampur in the evening," a Rashtrapati Bhavan communique said on Wednesday.

On October 15, the President will pay tributes at the Kargil War Memorial in Drass and interact with the officers and jawans, it added.