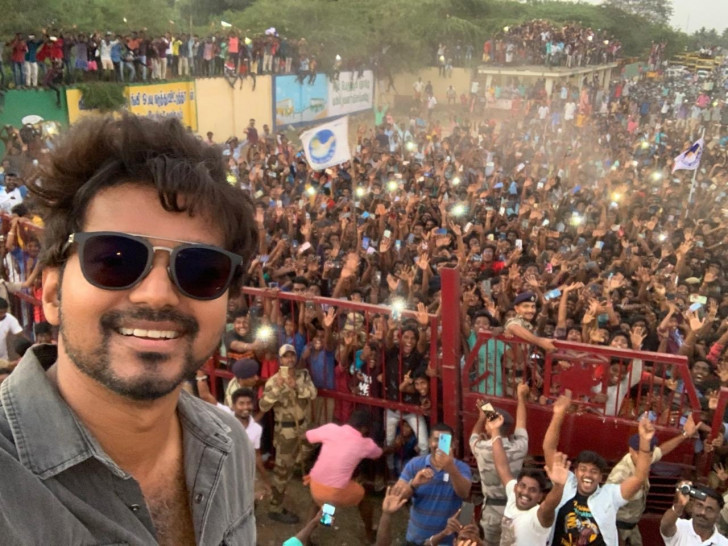 Vijay, who had not given permission to float a political outfit and filed a criminal case against 11 persons including his parents, S. Chandrashekhar and Sobha Sekhar, in this connection, had, however, allowed his fans to contest the polls.

This was the first time that Vijay, who, going by popularity ratings is second to Rajinikanth in Tamil cinema, allowed his fan club - All India Thalapathy Vijay Makkal Iyyakam - to contest from the rural bodies of nine districts which went to polls.

The actor's fan club won 115 of the 169 seats it contested and according to its General Secretary and former Congress Puducherry MLA Bussy Anand, won unopposed in 13 seats.

Anand also told the media that 45 of the 115 winners are women, and other winners include farmers, lab technicians, students, school teachers, and traders.

The All India Thalapathy Makkal Iyyakam has more than 10 lakh registered members and the fans association generally does not have any political affiliations, except in the 2011 elections, when Vijay extended support to the AIADMK and Jayalalithaa.

Several political pundits believe that these results would lead to Vijay scouting for a larger role for himself in the future politics of Tamil Nadu.

"Vijay has done proper research before jumping into the fray and he has allowed his fans to use his name and flag. He knew that he could win a few seats given his popularity in Tamil Nadu. He is likely to take a plunge in the politics of Tamil Nadu as there is a clear vacuum of popular leaders in the state," Madurai-based think tank Socio-Economic Development Foundation's Director R. Padmanabhan told IANS.