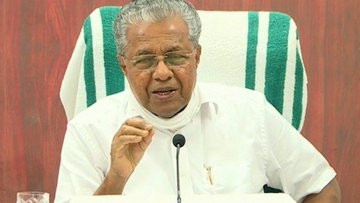 Thiruvananthapuram, Oct 14 If anyone thought that all is well in the Pinarayi Vijayan government in Kerala, it appears it's not the case as at the meeting of the CPI-M legislators two State Ministers came under fire and it included none other than Vijayan's 'new' son-in-law State PWD and Tourism Minister P.A. Mohammed Riyas and Education Minister V. Sivankutty.

Incidentally when seats were distributed for the April 6 assembly polls, Vijayan caused the first surprise by asking Riyas to contest from the Beypur seat in Kozhikode district, which he won comfortably as it's a stronghold of the CPI-M for a while and Vijayan reserved the biggest surprise when he decided to give him a cabinet post, much to the dislike of A.N. Shamseer, who was a two time legislator, unlike Riyas, who won an election for the first time.

Shamseer has made his displeasure a few times in the assembly, much to the surprise of not just the treasury bench, but also the opposition benches.

The CPI-M legislators were also peeved when Riyas in the assembly in reply to a question about the works being undertaken by his Public Works Department, reminded that it's not good when legislators come with contractors to meet him.

According to a source in the know of things, it was this remark which irked the legislators and they aired their displeasure at the legislature party meeting of the CPI-M, held on Tuesday, as the ongoing assembly session is currently on.

A few legislators raised this and soon, Riyas realised the pulse and he admitted his mistake and assured that it will not happen.

Likewise Sivankutty also came under fire for the way the result of the Class X was handled and the subsequent disarray caused in the admission to Class XI, which has sent parents of the students seeking admission helter-skelter because of lack of seats.

A media critic said perhaps this is the first time that CPI-M legislators are coming out in the open.

"Even though this occurred within the four walls of the party forum, things do not appear to be that well and this is going to become fodder for the Congress led opposition and when the assembly session resumes next week, this displeasure expressed by the party legislators, will be taken advantage of by the opposition," said the critic.