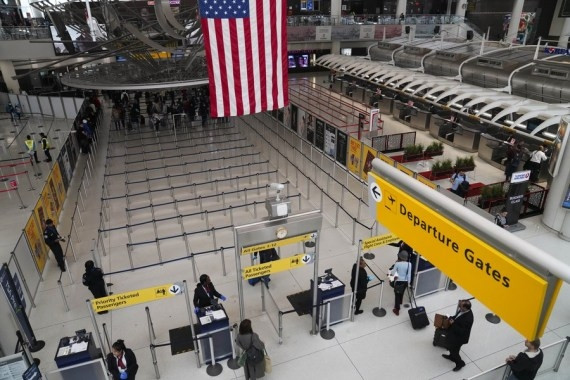 Washington, Oct 16 Fully vaccinated foreign visitors will be allowed to enter the US starting from November 8, the White House has announced.

"The US' new travel policy that requires vaccination for foreign national travellers to the US will begin on November 8," Kevin Munoz, White House Assistant Press Secretary, said in a tweet on Friday.

"This announcement and date applies to both international air travel and land travel. This policy is guided by public health, stringent, and consistent," Munoz added.

The Centers for Disease Control and Prevention (CDC) has already informed airlines that all the Food and Drug Administration (FDA) approved and authorised vaccines, as well as all jabs that have an Emergency Use Listing from the World Health Organization (WHO) will be accepted for US-bound air travel, Xinhua news agency quoted another White House official as saying to CNN.

"We anticipate the same will be true at the land border," the official said.

Non-American citizens will have to provide proof that they are fully vaccinated and have a negative test result taken within three days before they board a flight to the US, Jeff Zients, the White House Covid-19 response coordinator, said last month.

Fully vaccinated international travellers entering the US will no longer need to quarantine for 14 days after arrival, said Zients.

For unvaccinated Americans returning to the US, the coordinator said they will be "subject to stricter testing requirements", including a test within one day of departure and proof that they have bought a test to take after arriving.

The easing of travel restrictions will halt a patchwork of bans imposed by the former President Donald Trump's administration since the onset of the pandemic on travel from 33 countries across the globe.

It will also finally give people overseas who have been separated from family in the US the chance to reunite.

Expected to ease a major source of tension between the US and Europe, which complained about Washington's hesitancy in removing the measures amid an uptick in vaccination rates, the new rules were also welcomed by the American travel industry, which has been lobbying the federal government to make the changes.