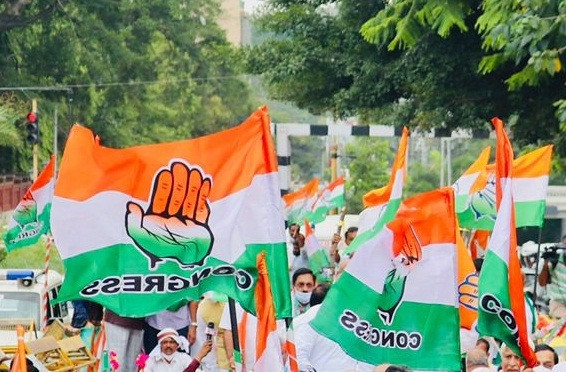 Thiruvananthapuram, Oct 16 : There seems to be no idea when the brand new team of the Kerala Pradesh Congress Committee is going to be announced, as it has now been delayed by nearly three weeks and none have a clue of when it will be announced.

The reason for the delay is that differences of opinion have now surfaced between various state leaders which has upset the party high command.

Things have not gone well for the Congress ever since the high command handpicked K. Sudhakaran as the new Congress state President and V.D. Satheesan as the new Leader of Opposition.

This new combination failed to impress the state leaders, especially All India Congress Committee (AICC) General Secretary Oommen Chandy and former Leader of Opposition Ramesh Chennithala, who for the past two decades have been at loggerheads and when it mattered the two have now joined hands to take on the party high command and the new duo of Sudhakaran and Satheesan.

What came as a blessing in disguise for the estranged duo was the sudden decision of former State Party President V.M. Sudheeran who quit as an AICC member. Even though he does not enjoy the best of relations with Chandy and Chennithala, he opted for the 'enemy's enemy as a friend' policy as he was deeply upset with Sudhakaran, who tried to remain on friendly terms with Hindu Ezhava leader Vellapally Natesan.

Sudheeran and Natesan have been at loggerheads since a long time.

Sudhakaran called on Natesan and the reason for the meeting was to appease the latter who enjoys a cordial relation with the ruling Pinarayi Vijayan government.

Natesan, who has good relations with Sudhakaran wanted his close aide and former Congress legislator, D. Sugathan to be given a post in the new KPCC.

Meanwhile, one Congress leader who has now become the enemy for Chandy-Chennithala and all those who do not approve of Sudhakaran and Satheesan is AICC General Secretary (Organisation), K.C. Venugopal, who seems to take the final call that the party high command relies on.

A close source preferring anonymity on the recent political developments in the Congress' Kerala unit said the high command knows it's now or never to reign in the unruly Kerala unit of the party, which has dug its own grave due to infighting going on for more than quarter of a century.

"The scene today is each of these so-called bigwigs in the state party unit have a few of their closest aides to be given entry to the new party committee. Sudhakaran has on numerous occasions said this time it will not be a 'jumbo committee' (more than 100) instead it would have only 51 members and it's here the challenge is for each of these leaders. Already the Congress party after naming of 14 new District Party Presidents, have lost a few leaders to the CPI-M and they do not want to lose anymore and therefore the delay," said the source.

"One thing is certain, if by any chance the committee does not have more than 51 members, then fireworks and washing of dirty linen in public is for sure," the source added.