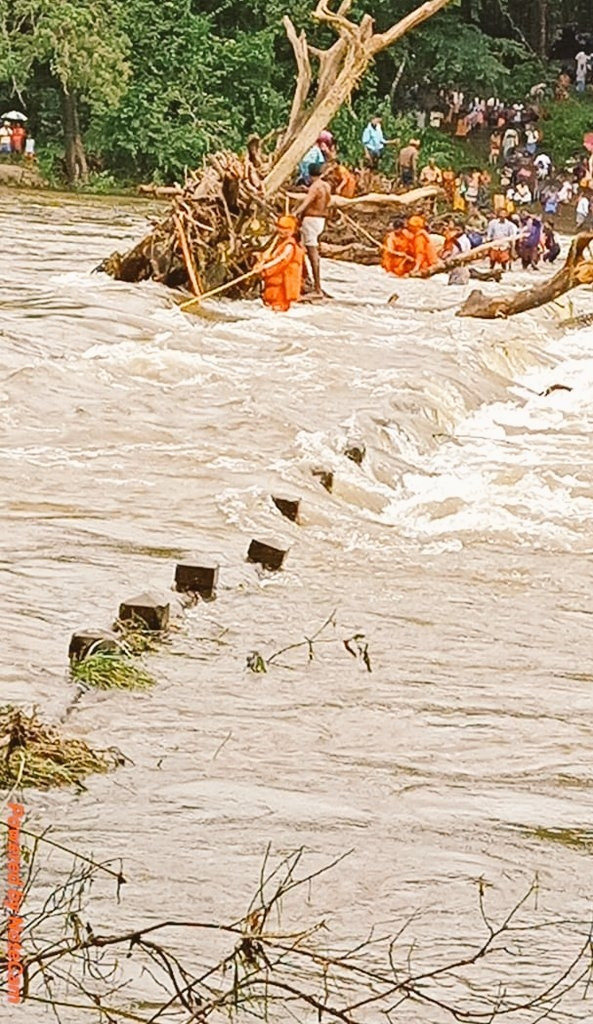 New Delhi, Oct 17 The Army, Navy and Air Force have been mobilised to carry out flood relief operations in Kerala on Sunday as unprecedented rains resulted in heavy flow of water in various rivers, flooding multiple districts in the state.

In view of Red Alert in five districts of Kerala, Southern Naval Command Headquarters has been made ready to provide assistance to local administration in rescue operations.

According to officials, personnel of Army, Navy and Air Force are on their way to Kottickal and neighbouring Peruvanthanam village.

The Indian Air Force is also taking part in the relief and rescue operations.

"Indian Air Force medium lift helicopters have been inducted for #floodrelief efforts in districts of #Kerala inundated due to heavy rains", IAF said in a tweet.

Army said that two of their columns are already deployed with Engineering and Medical components in Wayanad and Kottayam.

A specialist Engineer Task Force has also been moved from Bengaluru by Dakshin Bharat Area headquarters.

Heavy rains have been lashing the state starting Friday evening leaving roads at several places flooded and normal traffic affected at quite a number of places.

A total of eight people lost their lives in the ongoing rain-related incidents in the southern state with 11 people missing. The state government sought assistance of the armed forces after the unprecedented rains triggered numerous landslides in the hilly terrains of many rural villages and small towns.