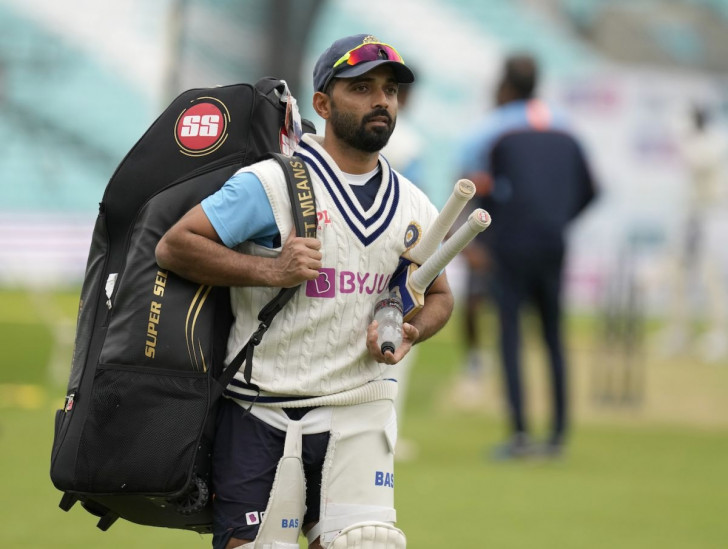 Dubai, Oct 22
Ahead of the clash between arch-rivals India and Pakistan in the ICC T20 World Cup on October 24 at the Dubai International Stadium, India cricketer Ajinkya Rahane has said that Virat Kohli's side should not take Babar Azam's team lightly, adding that "past records don't matter" in the shortest format.

India have won all their World Cup matches against Pakistan be it the One-day Internationals (7-0) or the T20 Internationals (5-0). Though Pakistan are short on match practice after New Zealand and England recently cancelled their white-ball series, they have more than made it by playing the National T20 Cup.

Besides, Pakistan have played most of their international cricket for the last several years in the UAE, which became their home ground after team's stopped touring the country in the wake of the terror attack on the Sri Lankan team in 2009. Knowing the conditions well makes the Babar Azam-led side one of the favourites.

"Whenever we play against any team, the past records don't matter. We always focus on the present, our strategies, strengths, how the conditions are going to be etc. Media creates a bit of the hype whereas the dressing room remains quiet. Focus is always on how well we can do as a team on that particular day," Rahane said on Salaam Cricket in Dubai on Friday.

"I'm sure India against Pakistan match will be a good one. I'm obviously backing India to win the match but personally, I believe no team should be taken lightly. And I'm sure the Indian T20 team has as much respect for Pakistan as it has for any other team," Rahane added.

Rahane said that the conditions in the UAE were almost similar to that in India, and having played the IPL there, the 2007 World T20 champions will quickly adjust to the settings.

"Pakistan players have played quite a bit of cricket here in the UAE so they have an idea. But we also know how to adapt to these conditions as they aren't much different from India. Those who have played the IPL 2021 have an advantage here in the T20 World Cup," he added.