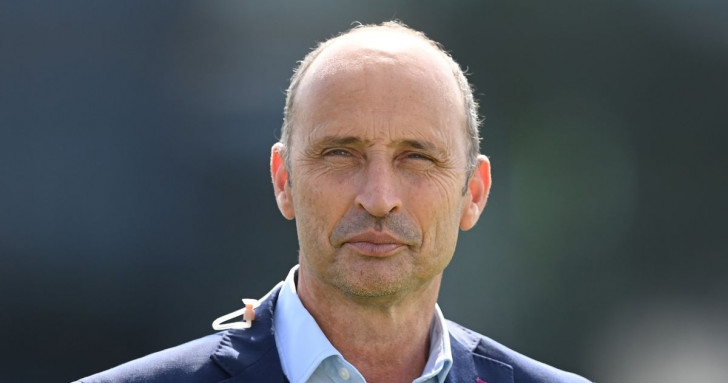 Dubai, Oct 23
Former England captain Nasser Hussain has said that a captain's value to his side is more than his runs, and that he wouldn't want England skipper Eoin Morgan -- who is having a lean patch with the bat -- to drop himself from the side because of that during the ICC T20 World Cup here.

England play the West Indies in their opening match of the 'Super 12s' later on Saturday, with Morgan's form coming into question time and again during the Indian Premier League. Though Morgan's team, Kolkata Knight Riders, made it to the IPL 2021 final, it lost to Chennai Super Kings, and one of the reasons was the England cricketer's poor run with the bat. Morgan made just four runs and KKR lost the final by 27 runs chasing 192.

Ahead of the game against the West Indies, Morgan has said that, for the good of the team, he is willing to drop himself during the T20 World Cup.

"Eoin Morgan says he is prepared to drop himself during this World Cup if he doesn't feel he warrants a place but I wouldn't do that if I were him. The captain's value to this England side has always been more than just his runs. Morgan has driven England's white-ball revolution and must now give himself the same backing and leeway he has shown to members of his side, when he has told them to go out and express themselves and stuck with them when it hasn't come off," Hussain said in his column for dailymail.co.uk.

"If it were a bilateral series, then fine, leave yourself out if you are struggling for runs and give someone else a chance. But not in a T20 World Cup that represents the culmination of five years' hard work since that last-over onslaught by Carlos Brathwaite."

Hussain said that Morgan's "calm and cool" demeanour would come in handy during crunch situations and the team cannot afford not to have a "tactical genius" like the 35-year-old England skipper sitting out.

"I cannot imagine anybody with an interest in English cricket wanting anyone other than Morgan leading the side out for Saturday's opening match here against West Indies. When it comes down to those crunch moments on Saturday and throughout this tournament, England will want that calmness and cool exterior this tactical genius has," Hussain opined.

"Captaincy is vital in T20 cricket because it can be chaos. And you only have to look at the recent IPL to see that the finalists, Chennai (CSK) and Kolkata (KKR), had two of the best white-ball captains the game has ever seen in MS Dhoni and Morgan in charge."