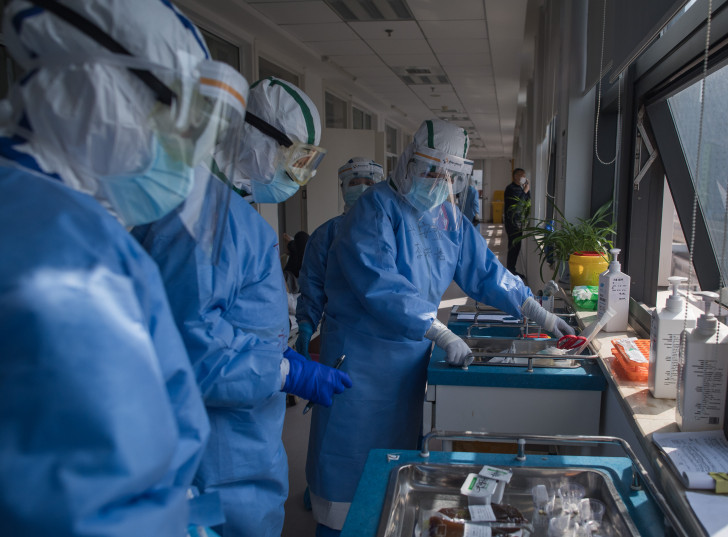 New Delhi, Oct 28 : China has been a country that has ostensibly handled the coronavirus led infection successfully. The prompt and instantaneous reaction to a situation evolving anywhere in the country has indeed been critical to handling the crisis and neutralising it at the initial stages. However, the situation on the ground is different. A tightly controlled society with the party playing a dominating role in calibrating the government's action in dealing with the crisis ignoring public sentiments remains the core to the virtual absence of news on what is happening in remote locations in China on the issue.

A recent incident in China involving a single mother who lost her child after vaccination sheds light on the state of affairs in China. Her 12-year-old daughter died in a hospital in Henan province and as the mother Jiang Yanhong demanded an answer from the hospital, she was given varying explanations. On pursuing the matter, she was told that the child had died due to 'septic inflammation'. Jiang was confident that the child had died due to Covid and hence approached the authorities claiming that she was not satisfied with the explanation. She later insisted that she would file a complaint with the authorities in Beijing.

However, seeing her determination to report the matter to Beijing, local authorities ensured that she lands up in the county detention centre where she was taken on October 15. Later, her sister who made attempts to reach Beijing to lodge the complaint, was also detained and sent to the same centre where Jiang was held. According to Jiang's lawyer, local party cadres will do everything possible to prevent petitions from being submitted in Beijing ahead of the plenum of the party's Central Committee, which will be held in early November.

The police in the county where the girl died notified the family that Jiang had been detained for having fought and provoked riots. Meanwhile, Jian claims that her daughter received her first vaccination on August 10 and felt unwell two days later. She eventually died in the hospital on August 28. According to Jiang's mother's lawyer, the 44-year-old woman is in detention and is still awaiting a response to her request from the Puyang City medical authorities. The South China Morning Post spoke with a lawyer from the city who claimed that any issue related to vaccination and failures often cause strong reaction from the authorities, and hence cannot be addressed so easily.

Much though the Chinese government tries to keep embarrassing situations as a result of Covid under wraps, such issues do emerge in the public domain sooner or later. In this connection, even the space industry was not spared attack by the Coronavirus though the government managed to suppress this information for a considerable time.

According to Expace Technology, a subsidiary of the State-owned China Aerospace Science & Industry Corporation, the coronavirus has hit the country's space program. The launch of satellites into orbit had to be stopped as a result. Each member of the Kuaizhou 1A rocket launch team had to be put on an emergency half-down state following reports of Covid infection. The small solid propellant rocket Kuaizhou has already delivered several satellites into orbit earlier. The launching site is located in the northwestern province of Gansu. The infection was apparently spread in the area by retired tourists who came from another region.

The Chinese have been following a highly restrictive and controlled regime which has begun to take a toll on the society especially at locations where instances of Covid have been dealt with sternly. In most cities where initial indicators of Covid infection appear, several people leave the city with the aim of escaping the harassment by the party officials who deal with locals on a war footing taking away their freedom and liberty. Such intrusive approach could lead to a dire situation in case the Covid infection becomes rampant across the country. The Chinese anxiety is reminiscent of the desperate efforts made by the Chinese to ensure there is artificial rain ahead of important events in the country. Prestige and reputation of the government and party ahead of the November party plenum is of prime relevance at this stage.