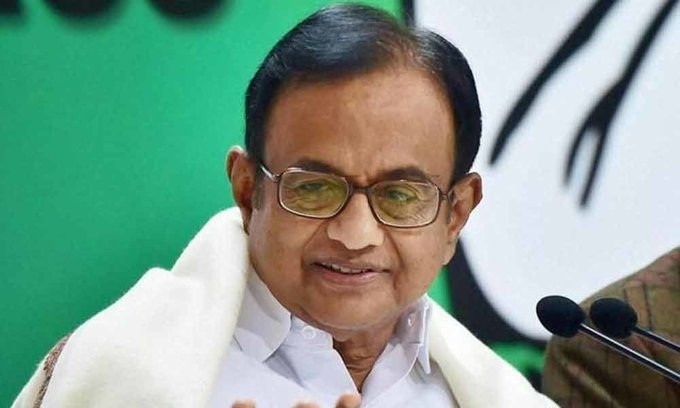 New Delhi, Oct 28 Senior Congress leader P. Chidambaram on Thursday said that he was "perturbed" by the statement in the Supreme Court order that many persons when requested to be a member of a Committee to probe the Pegasus controversy, had "politely declined".

His remark comes a day after the Apex Court constituted a probe committee on Pegasus spyware.

Taking to Twitter, the former Home Minister said: "I am perturbed by the statement in the SC order that many persons when requested to be a member of a Committee to probe the Pegasus controversy, "politely declined".

"Can any conscientious citizen decline the request of the SC to serve in a matter of paramount national interest? This episode illustrates how far we have traveled from the exhortation of Mahatma Gandhi that Indians should not fear their rulers," he said.

The Congress has welcomed the SC decision, and Rahul Gandhi on Wednesday said that the party will raise the issue in Parliament.

On Wednesday, the top court asked a three-member technical committee to probe whether any Pegasus suite of spyware was acquired by the Centre, state government, central and state agency for use against the citizens of the country. If yes, then under what law was such a deployment made.

A bench headed by Justice N.V. Ramana, giving details of terms of reference of the expert Committee, whose functioning will be overseen by retired top court judge R.V. Raveendran, said the Committee will investigate whether Pegasus suite of spyware was used on phones or other devices of the citizens of India to access stored data, eavesdrop on conversations, intercept information and/or for any other purposes.

The court asked the Committee to find details of the victims affected by the spyware attack and the steps taken by the Centre after the hacking of WhatsApp accounts surfaced in 2019.

It also asked the expert committee to make recommendations, "to ensure prevention of invasion of citizens' right to privacy, otherwise than in accordance with law, by state and/or non-state entities through such spywares".