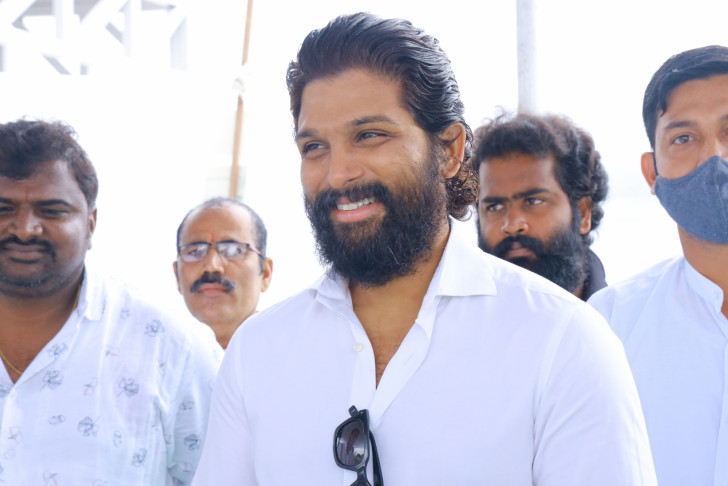 Hyderabad, Oct 28
Telugu's 'icon star' Allu Arjun, who was seen at a gala event held by the makers of Naga Shaurya and Ritu Varma-starrer 'Varudu Kaavalenu', has wished the team of Bollywood movie 'Sooryavanshi' all the best.

As the 'Ala Vaikunthapuramuloo' actor shared some heartfelt moments with the team, he was seen wishing them huge success.

Speaking on the dais, Arjun had shared memory with Naga Shaurya, stating that he is a simple, shy person. He also wished female director Lakshmi Sowjanya for her guts in making 'Varudu Kaavalenu'. Allu Arjun's speech grabbed the attention of all, as he promoted both movies and wished that the theatres function well, so as to resume the livelihood of thousands of people who depend on them.

"I really wish from the whole of south India all the best to the entire team of 'Sooryavanshi'. I really wish you get people back to the theatres and everybody gets back to the cinemas and watches this entertainment in a very, very safe way."

Allu Arjun's speech, has now become viral across social media for cheering for Akshay Kumar and Katrina Kaif-starrer 'Sooryavanshi', which releases in theatres this Diwali.

Touched with this gesture by Allu Arjun, Rohit Shetty, director of 'Sooryavanshi', took to Instagram and said, "As I said earlier, it's not my film it's OUR film... Thank you for the love and support brother. Wish you ALL THE BEST FOR PUSHPA @allarjunonline you are a ROCKSTAR".