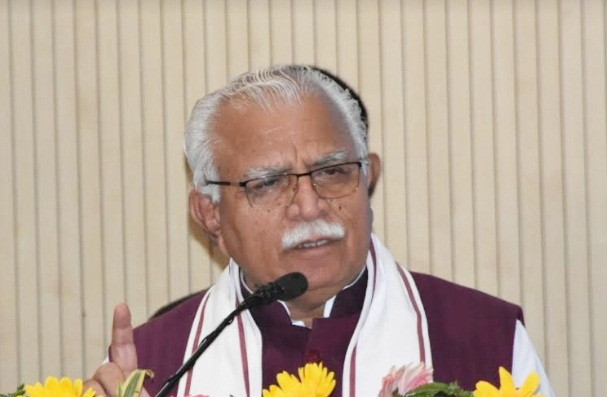 New Delhi, Oct 28
A Delhi court on Thursday deferred the hearing of a petition seeking an FIR against Haryana Chief Minister Manohar Lal Khattar for his alleged remarks against the protesting farmers. Additional Chief Metropolitan Magistrate, Sachin Gupta, listed the matter for further consideration on November 2.

The petitioner, Advocate Amit Sahni filed the complaint seeking registration of an FIR against Khattar on the basis of a controversial video that went viral.

According to the petition, the video was recorded during a meeting of Khattar with workers belonging to the BJP's Kisan Morcha at his residence in Chandigarh.

"The contents of the videos make it abundantly clear that the accused has committed offence under sections 109, 153, 153A and 505 IPC by wantonly giving provocation with intent to cause riot, promoting enmity between different groups on grounds of religion, race, place of birth, residence, language, etc., and doing acts prejudicial to maintenance of harmony and making statements conducing to public mischief under section 109, 153, 153A, 505 IPC," the plea stated.

The petitioner said, "No one is above the law and the law applies to everyone equally, regardless of anyone's rank or position."

Farmers have been protesting at different sites since November 26 last year against the three new farm laws: Farmers' Produce Trade and Commerce (Promotion and Facilitation) Act, 2020; the Farmers Empowerment and Protection) Agreement on Price Assurance and Farm Services Act 2020 and the Essential Commodities (Amendment) Act, 2020.