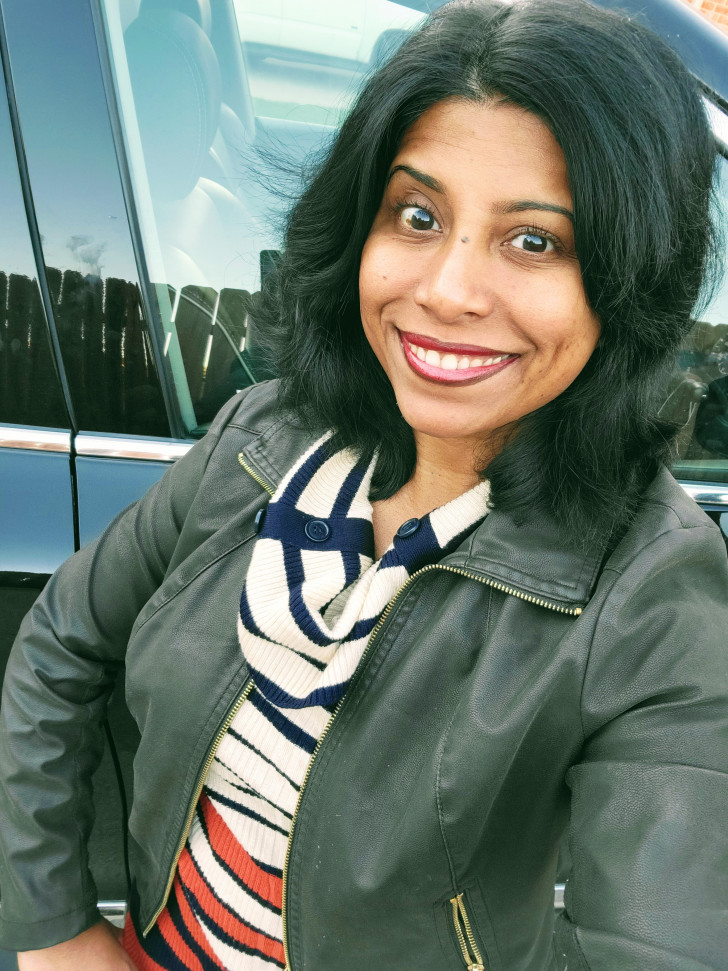 Many of us have landed in this country with phenomenally passionate dreams and worked hard to make a living and to take care of our families. It's not fair to lose a precious life due to the momentary violent thoughts of a hater/ criminal. But being a minority population, there is no one here to raise the flag of "Minorities Lives Matter" for such cases.

The sad fact is that there are people from our own persecuted community who are willing to get out on the streets and do the protests for the most heinous and murderous people in this country who commit many crimes on a daily basis. This kind of hatred and disparagement towards their own community are due to their bad experiences in the past but that doesn't mean that they should be supporting the incidents and communities that involve high rate of crimes.

It is absolutely reprehensible that there are organizations in our society that cry and shout slogans for such groups. Only when a life in their own family gets snatched away in the glimpse of an eye, will they realize the value of the foolishness they do. To add more horror, our teenagers and even the younger ones are brain washed into these kind of movements through social media and hateful friends so that they hate their own families & communities, put down the values and even support the criminal acts not knowing the long lasting lethal outcomes.

If we look around, we will find a bunch of people that blame on their life situations and past experiences for their current actions. Today, the United States is home to a number of extremist groups who misuse the sufferings, and persecutions of their past as excuses to commit cheating, embezzlement, and murder in order to gain easy access to money and the comforts of life . When they face the consequences, they blame it on discrimination. It is high time for them and for us to move on towards better realms of life.

This nation is becoming a nightmare for the expatriates who migrate here to fulfill their American dreams. Even if the culprits might be caught and punished, those we have lost their lives will never return. The most disappointing facts is that they are not losing their lives due to a heart attack or any other health issues but because of the selfish motives of some crazy beasts and its absolutely unacceptable. Our loved ones not only gets denied their rights to live in this country but they are vanished from this world itself by ruthless murders and that too in the blink of an eye.

We can prevent such aggressive tendencies to an extent. At the very least, we should not be supporting such movements and such protests. Where are the people that support the natives who get killed by their own people (with or without the criminal background ) But why such natives mostly target the expats? This is because a large part of the expatriates have a better standard of living than the natives.

When dealing with such people in schools, workplaces and businesses by any means, we need to learn to say things in an assertive manner where they need to be said instead of being a pauper. Advise the same to our children who go to schools and colleges. Being exiles, we and our children are not slaves to anyone. If such a vision can be created in the minds of the indigenous children from an early age, such tendencies can be curtailed to some extent.

There should be "zero tolerance" for verbal abuse, physical abuse and psychological abuse, whether it is in schools or in the workplaces or anywhere else. If we are discriminated against or persecuted on the basis of our color, culture or nationality, do not hesitate to inform the authorities who are responsible as soon as possible.

In most instituitions, there are organizations with different names, such as "Equal Employees Opportunities" and unions. Our people usually have a habit of taking things easy and let go off the abusive behaviors from others as they don't want to create any problems and want to live peaceful lives. But, those times are over and DO NOT HESITATE to express our intolerance at the occurrence of the very first misbehavior. It must be revealed with a word or a look so that our disagreement to that unacceptable behavior or attitude is evident to the opposite party. Better to be early and safe than be sorry later. When its beyond the limits of your ability to handle take it to the next level to those who will hold them accountable for their actions legally and officially.

If we teach this to our children from the childhood grades in the schools, the native children will also get the point, no matter what kind of family backgrounds they come from. The notion that all are equal begins to take root in their little minds. Thus it may be possible to change the very image of a community. We should give our children the opportunity to open up to us so that they can share the experiences if our children have had misbehaviors from other children or adults.

Talk to them often and find out if such problems exist and empower them. Only then can parents and others can do something to help them. Schools here have many initiatives to identify and properly counsel such juvenile criminals. We should not hesitate to use any existing resources while believing that the character can be shaped by love, good behavior, communications and prayer.

Today's children are tomorrow's citizens who determine the future of a country. Most of our children are born here and have a prejudiced thinking that their parents are haters of other nationalities. They should also be educated on cultural friendliness and we need to reassure them that we are here to promote positive vibes regardless of the color, creed, language or nationality. We need to warn them about hate crimes that rip the fabric of unity and democracy in this nation with the factual examples in the communities and let them figure out whom they should raise their voce for.

Hate-motivated behaviors like calling names, fist fights, ethnic conflicts, harassment, intimidation etc in the schools and colleges lead to violence inside and outside the schools. As children are not born with bad attitudes, if the parents, schools, law enforcement and the counselors work collaboratively, such behaviors could be identified and removed from its inception through timely counselling, helping them to develop empathy, teaching them on how to appreciate and respect the differences, guiding them to develop the critical thinking skills and the conflict resolution skills. .

Valuable lives can be saved with timely approaches. Sometimes we may not know what to do in an emergency. If we end up standing at a gunpoint just give them whatever they ask for. Explanations and disputes have no place there. If the gunman is reluctant to kill, he may just take the money or the car or any possessions they can grab from us and may spare our lives. Our children and adults need to learn how to react to such emergency situations. Our girls need to carry pepper sprays and baby knives in their purses while they get out of their houses. We need to send our kids to join self defense classes to protect themselves against such violence.

Anyone currently licensed in this state can legally carry a firearm. The time is not far off when everyone, especially expatriates, may need to carry a gun for self-defense. If we do not take precautionary measures, we might see a lot of lives being murdered before our very eyes. I strongly condemn the recent violent attacks and murders happened around us by the criminals and pray for the peace and comfort of those families and hope for an END to this!!