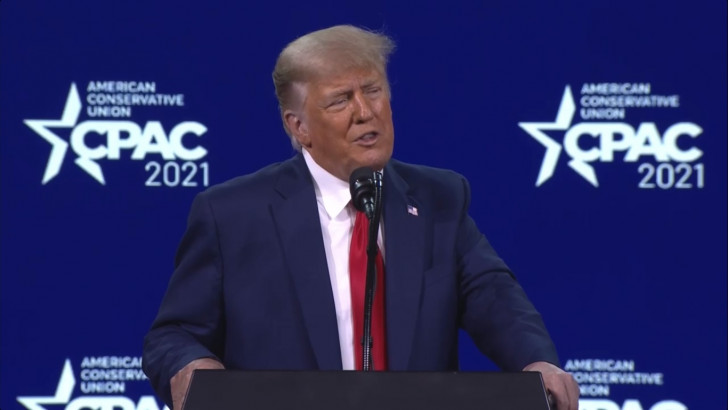 As per a media leak, Trump minders have tested the mood in Arizona, Georgia, Michigan, Pennsylvania and Wisconsin - five states that delivered a total of 73 electoral votes in 2020, and a decisive Electoral College victory for Joe Biden to become president.

In a Trump-Biden matchup in all five - decided in 2020 by fewer than 3 percentage points - the former president is shown whipping Biden in Arizona by 8 percentage points, Georgia by 3 points, Michigan by 12 points, Pennsylvania by 6 points and Wisconsin by 10 points.

The poll numbers aimed at baiters within the Republican Party who murmur about Trump losing his grip.

Biden has publicly said he plans to run for reelection. He too seems gearing up in the five states the Trump campaign has focused on, first with an eye on the midterms and then the big one in 2024.

Steve Schale, CEO for Unite The Country, said he had no reason to doubt Fabrizio's polling as Biden's approval numbers have dropped for months. That said, Schale noted that midterm polling is hardly predictive of what might happen in a presidential election in three years.

Unrelated, an Economist/YouGov poll conducted between November 14 and November 16, asked respondents whether Biden "legitimately won the election, or not?"

Numbers released Thursday by Redfield & Wilton Strategies showed 44 percent of Americans voting for Trump and just 39 per cent with Biden.

Emerson College too showed Trump narrowly ahead of Biden. Trump was supported by 45 per cent of registered voters, Biden by 43 per cent.

In a culture of multiple surveys this time of the year, including what time they would want to sit down for dinner, nearly two-thirds of Americans said they have no appetite to talk turkey about politics this Thanksgiving.

A Quinnipiac survey claimed that 66 percent of adults are "hoping to avoid" conversations about politics at the dinner table this year, a sentiment that includes most Democrats, Republicans and independents.

Twenty one percent said they are "looking forward" to hashing out their political views while feasting on fixings, 68 per cent of Republicans, 66 per cent of Democrats and 69 percent of independents say they want to leave politics at the dining room door, the survey said Monday.