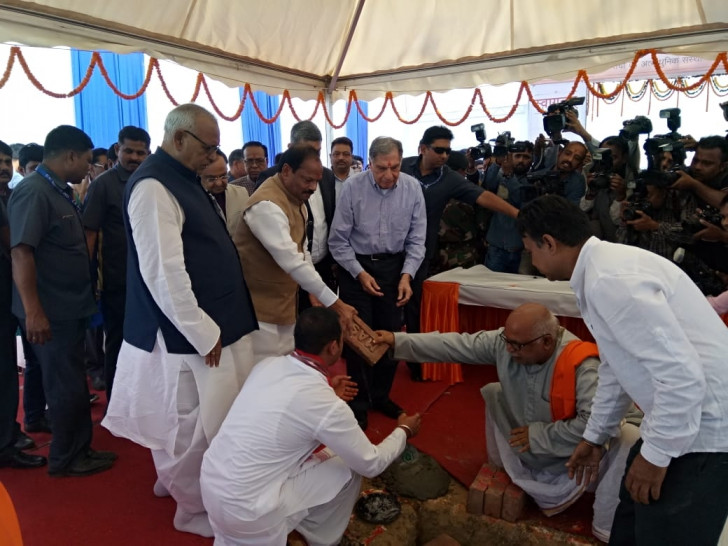 Ranchi, Nov 25 The ruling Jharkhand Mukti Morcha has once again taken up cudgels against the Tata group. The latest point of friction is the Tata Cancer Hospital, and state Health Minister Banna Gupta has said the land given to the Tata Trusts for the hospital is more than what it requires. The unused land should be taken back from the group.

The minister has also written to the Additional Chief Secretary of the Health Department for further action.

In fact, the previous Raghuvar Das government had allotted 23.5 acres of land to the Tatas for a state of the art cancer Hospital to be built in Kanke, Ranchi for a token amount of Re 1 at the request of Tata Trust.

Then Tata Group Chairman Ratan Tata was himself present on the occasion of the foundation stone laying ceremony in November 2018 for the proposed 302-bed hospital. For now, a 89-bed hospital is almost ready and is to be inaugurated on January 26, 2022.

Banna Gupta is the MLA from Tatanagar Jamshedpur West Zone and for the past few days he has been frequently attacking the Tata group, while in July last, when he inspected the under-construction hospital, he described it as a boon for cancer patients.

However, the minister's tone and tenor with regard to the Tatas suddenly changed. He held a press conference in Jamshedpur on November 14, accusing the Tatas of occupying the sports ground and vacant land. On November 16, he held a sit-in against Tata at the statue of Birsa Munda in Jamshedpur, alleging that the group was not fulfilling its social obligations. Gupta said that the Tata group has insulted Birsa Munda by not garlanding his statue on November 15, the anniversary of the tribal leader.

The Tata group is also facing resistance from the Jharkhand Mukti Morcha in Jamshedpur and Chaibasa. Eight JMM MLAs and their supporters had blocked the gates of various Tata offices on November 17 alleging shifting of Tata Cummins and Tata Motors headquarters to Pune. The JMM has demanded 75 per cent reservation for locals in Tata establishments. The party has threatened an indefinite economic blockade if a decision is not taken on the issue.

Bharatiya Janata Party MP from Ranchi Sanjay Seth has said that the construction work of the hospital is in the final stage and now the Hemant Soren government is trying to put hurdles in its way. He said the Health Minister should do a rethink on his decision to review the land allotment, failing to do so will result in protests on the streets.

BJP's Rajya Sabha MP Mahesh Poddar has also reacted sharply saying, "somebody should explain to me what will Tata Trust do on the extra land it has. Will it open a shop or build its own bungalow on the remaining land? It is strange to say that the unused land should be returned."