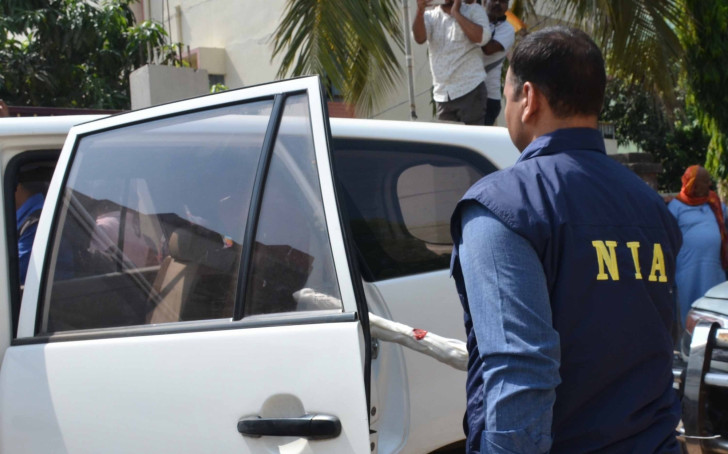 New Delhi, Nov 25 The National Investigation Agency (NIA) carried out raids at multiple locations in Kashmir on Thursday in the Al-Qaeda case of Uttar Pradesh's Lucknow.

The agency said that they conducted searches at five locations in Shopian and Budgam districts of Kashmir. "During the searches conducted today, large numbers of incriminating documents and digital devices have been seized," NIA stated.

The case pertains to Umar Halmandi, an Al-Qaeda operative, who along with other accused persons, had been radicalizing and recruiting vulnerable persons for Al-Qaeda in Indian Subcontinent and trying to raise Ansaar Gajwatul Hind to carry out terrorist acts for which they had already arranged arms and explosive substances.

In July, Uttar Pradesh Anti-Terrorist Squad arrested two operatives of Ansar Ghazwat-ul-Hind. It was alleged that the two were planning a series of blasts in Uttar Pradesh around Independence Day.

The arrested accused were identified as Minaz Ahmad, 32, arrested from Kakori outskirts of Lucknow and Masiruddin, 50, from Madioan. The sleuths also recovered improvised explosive device in the form of a pressure cooker bomb along with a 9 mm countrymade pistol from Minaz's house.

The arrested accused were connected to the Ansar Ghazwat-ul-Hind for the past one year.

It is alleged that the two accused were in touch with Umar Halmandi, a listed Al-Qaeda operative based somewhere along the Pakistan-Afghanistan border. On Umar's directions, the duo was planning blasts in the state.

Umar is handling Al-Qaeda's operations in the Indian sub-continent region.

The Al Qaeda's India sub-continent module was announced on September 3, 2014, by Al Zawahiri and Maulana Asim Omar was made its leader.

Asim Umar had roots in Sambal district of Uttar Pradesh and was killed in 2019 in Afghanistan. Thereafter, this module was being run by Umar Halmandi from Peshawar/Quetta area.

Halmandi was radicalising and then recruiting men from Uttar Pradesh.