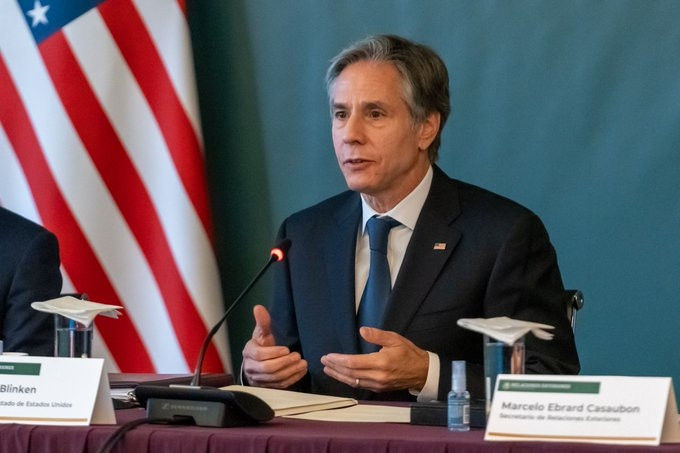 Washington [US], December 1 (ANI/Sputnik)
US Secretary of State Antony Blinken met with NATO Secretary-General Jens Stoltenberg and discussed the importance of continuing consultations regarding support for Ukraine against what he described as "Russian aggression," State Department spokesperson Ned Price said.
"Secretary of State Antony J. Blinken met today with NATO Secretary-General Jens Stoltenberg on the margins of the NATO Foreign Ministerial in Riga, Latvia... The Secretary and Secretary-General also discussed the importance of continued consultation and Alliance unity on issues including support for Ukraine against Russian aggression," the State Department said in a press release on Tuesday. The two sides also emphasized the importance of continuing consultations on other mutual issues including drafting of NATO's new Strategic Concept as well as arms control and regional security matters.
Over past weeks, Ukraine and some Western countries have expressed concern about the alleged increase in that they characterize are "aggressive actions" by Russia on its border with Ukraine. However, Moscow has said that it is moving troops within its own territory and at its own discretion.
Kremlin spokesman Dmitry Peskov reiterated that Russia does not have any aggressive plans.