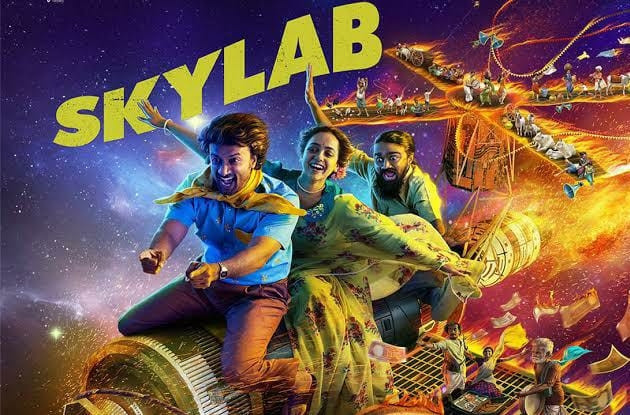 Hyderabad, Dec 2 : 'Skylab', starring Nithya Menen, Satya Dev and Rahul Ramakrishna in the lead, is to hit screens on December 4. Ahead of its release, the movie has gained attention for its unique subject matter.

Vishvak Khanderao, the debutant writer-director of the 'Skylab', mentions the folktale he came across, as a kid when he was growing up in Telangana's Karimnagar. As a child, the story fascinated him and provoked curiosity.

Khanderao came to know about the looming fear of NASA's space station 'Skylab' coming crashing down in the region back in 1979. The story had a deeper impact on the writer's life and decades later, he came up with a fictional comedy story titled 'Skylab'.

The movie has grabbed attention for the intriguing folktale being the movie, and also the wit involved in the narrative. Also, the movie is billed to be technically advanced which has western background music with village-oriented scenes.