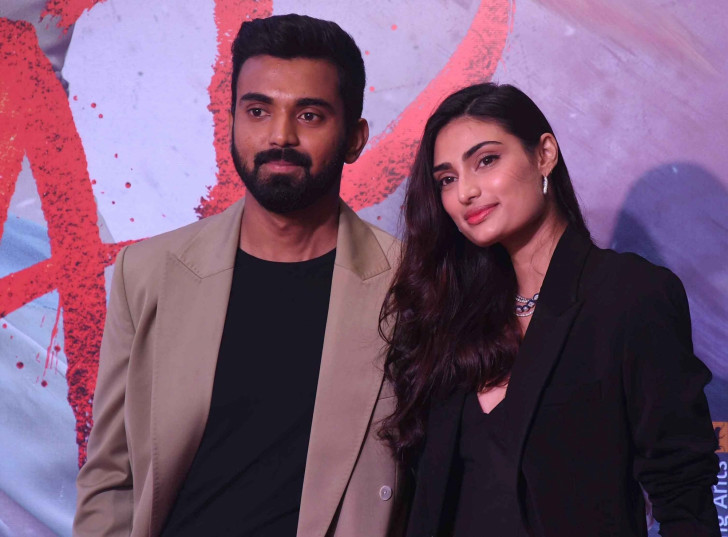 Mumbai, Dec 2 : It was in November when actress Athiya Shetty and star cricketer KL Rahul made their relationship official with a loved up post. One month later, the lovebirds made their first red carpet appearance during the screening of the upcoming film 'Tadap'.

Before going in for the screening, Athiya and Rahul stopped to pose for the camera. The cricketer looked dapper in a beige suit paired with a black T-shirt while the actress chose for an all-black look. The stood closely as they posed for the shutterbugs.

The two then joined the cast of 'Tadap' -- Tara Sutaria and Athiya's brother Ahan to pose for the paparazzis.

'Tadap' is Ahan Shetty's debut and also stars Tara Sutaria, Kumud Mishra and Saurabh Shukla. It follows the story of a guy hopelessly in love, who turns vindictive along the course of the film after being abandoned.

Speaking about her work, Athiya was last seen on screen in 'Motichoor Chaknachoor' with Nawazuddin Siddiqui.