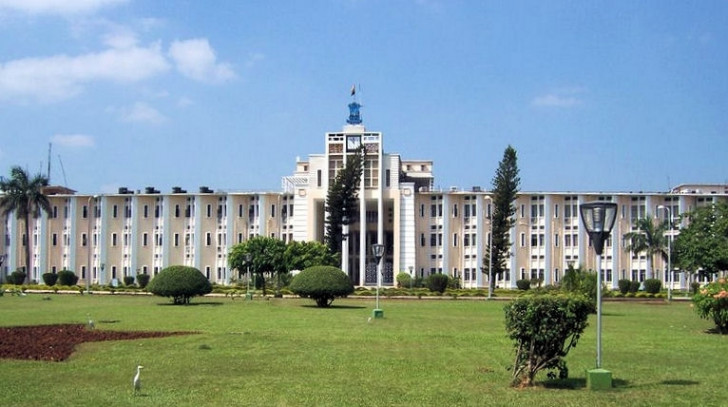 Bhubaneswar, Dec 2 For the second day in a row, opposition BJP and Congress members continued to create uproar in the Odisha Assembly over school teacher Mamita Meher murder case.

As soon as the House assembled for the day at 10.30 a.m., BJP members rushed to the well holding banners and raised slogans demanding removal of MoS, Home, Dibya Shankar Mishra for his alleged close relation with the prime accused in the case. The BJP legislators also demanded a CBI probe into the incident.

In a counter strategy against BJP, the treasury bench members today sat on a 'dharna' in front of the Mahatma Gandhi statue inside the Assembly premises protesting against the hike in prices of LPG cylinders.

Speaking to reporters outside the House, opposition chief whip (BJP) Mohan Majhi said, "We are demanding removal of Mishra and CBI probe into the Mamita Meher murder case. When we raised this issue during the question hour, the Speaker did not pay heed to our demands. So, we went to the well to press for it."

Raising questions on adjournment of the House till 4 p.m., the BJP legislator said the proceedings usually get adjourned for an hour during question hour. But, today, the Speaker adjourned the House directly till 4 p.m.

The BJP had also brought an adjournment motion notice over the deteriorating law and order situation in the state today, he said.

"It seems that the Speaker does not want the issue to be discussed in the Assembly and under pressure from the BJD government, he adjourned the House till 4 p.m," alleged Majhi.

The BJP will continue to raise the issue in the House till the demand is not fulfilled, he warned.

How will the Home department or police conduct a fair investigation if the minister in charge himself is involved in the case? Saluja questioned.

Another Congress MLA Suresh Routray also questioned the functioning of the Speaker. "Despite our requests, he did not allow the opposition to speak on the floor," he alleged.

BJD lawmaker Pratap Keshari Deb criticised the opposition for disturbing the House from the beginning. Though there are several public-interest issues like MSP, banking, telecom and LPG price hike, etc., the opposition stalled the House by raking up the Mamita Meher issue. This is a well-planned strategy of BJP and Congress to ignore main issues, Deb said.

On the first day too, both the opposition parties created ruckus in the Assembly. Amid uproar, the supplementary budget was tabled in the House on Wednesday.