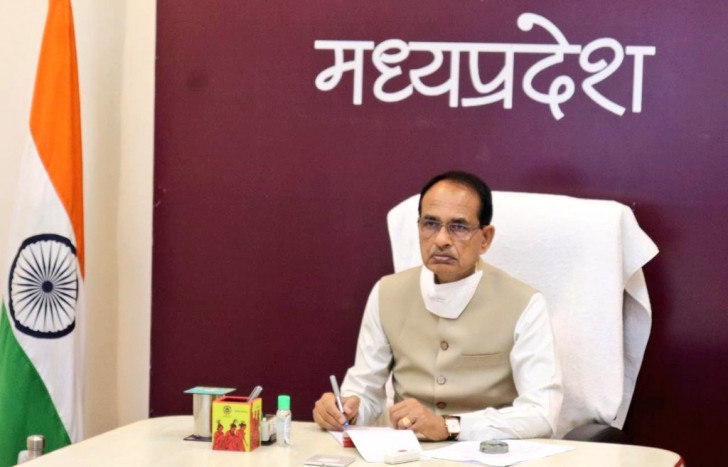 New Delhi, Dec 7
Madhya Pradesh Chief Minister Shivraj Singh Chouhan on Tuesday said that if we have to make India 'Atmanirbhar', the states need to be 'self-reliant' first.

"Prime Minister Modi gave the mantra of 'Atmanirbhar Bharat' during the Covid surge and my government prepared a roadmap for Madhya Pradesh to become self-reliant," he added.

Chouhan underlined four important pillars for a self-reliant state in his virtual address at the States Policy Conclave held in New Delhi on the 'Role of States in Making Atmanirbhar Bharat'. He said the four pillars -- infrastructure, good governance, health and education, and economy and employment -- need to be strengthened for a self-reliant state.

"Whenever we talk about the economy and employment, the first two pillars -- infrastructure and good governance -- hold more importance," Chouhan said.

"We have developed Narmada expressway which is the lifeline of the state," he added

Chouhan said that Madhya Pradesh is working towards two important goals of developing skills in youth to become job creators instead of job seekers and the other is to develop Madhya Pradesh as a state for investment.

"I feel happy to inform you that even during the Covid-19 pandemic, our industrial units have seen a surge of 49 per cent from 2019 to 2021. A total of 67 per cent growth has been registered in the proposed investment during this period," he added.

"Apart from the large-scale investment in the state, we are also focusing on the MSME," he said.

"The Government of India has developed 13 clusters where the work is underway. The state has come forward with the 'One District, One Product' initiative to focus on the medium- and small-scale industries," the Chief Minister added.

He said, "We are working towards PM Modi's call for 'Vocal for Local'. To develop the state as a 'garment hub', we have made many changes in the Industrial Promotion Policy, 2014.

"The state has also issued the ethanol policy and we are working towards producing more than 200 crore litre of ethanol every year," Chouhan added.