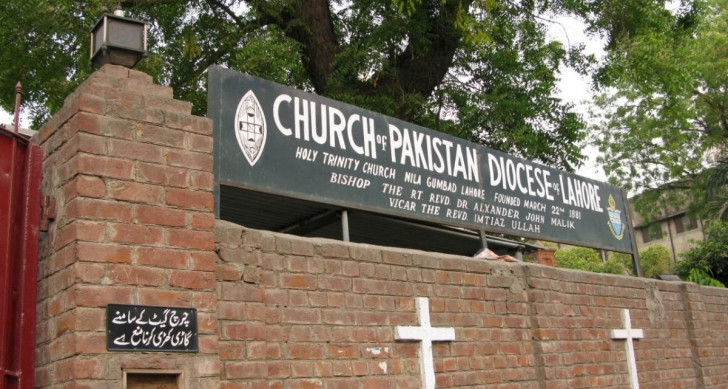 Islamabad, Dec 7 (IANS/ 101 Reporters) At a meeting of Catholic and Protestant leaders in Pakistan, the senior clergy agreed to tighten surveillance and take additional security measures, especially during Sunday services. With the Taliban's takeover of Afghanistan, there are serious concerns of extremist incidents aimed at minority communities, especially the Christians as Christmas draws near.


While the government claims that religious minorities enjoy complete freedom and that the state is ensuring the protection of their places of worship, vandalisation of churches, temples, and Ahmadiyya mosques at the hands of Islamist groups and mobs has been regularly reported. Sindh Chief Minister Murad Ali Shah says that jihadist groups do pose a threat to worship places like churches, especially in the aftermath of the Taliban's rise to power.

Sajid Christopher, human rights activist and chief executive of Human Friends Organisation, confirmed that there were indeed fears that the Tehrik-e-Taliban Pakistan (TTP) and other militant groups would target religious minorities following their overthrow of the Afghan government.

"The Taliban have frequently targeted churches and Christian institutes," he said. "(There are fears) that they will be targeted again."

Past attacks on Pakistan's Christian minority

Although attacks on the Christian community in Pakistan are common, such strikes on churches rose in frequency and intensity since the terrorist attacks in the US on September 11, 2001.

One may recall the December 2017 bombing of Quetta's Bethel Memorial Methodist Church ahead of Christmas; nine people were killed and dozens were injured in the attack.

In 2016, at least 72 people were killed and more than 300 were injured when a suicide bomb ripped through the parking space of a crowded park in Lahore, where people were celebrating Easter Sunday.

In December 2015, two bomb blasts killed at least 14 people near two churches in a Christian neighbourhood of Lahore. And in March the same year, more than 70 people were injured in explosions targeting worshippers attending Sunday mass at churches in the city's Youhanabad area.

Similarly, in September 2013, All Saints Church in Peshawar witnessed a deadly terror attack, in which 127 people were killed and over 250 injured.

"We have always had security concerns, but many churches have issued warnings and increased security because of the developments in Afghanistan and an increase in Taliban attacks," said Imran Maseeh, a regular at All Saints Church.

The need for more security

Although the past few years have been free from any major terror incidents, Christians, including in Lahore, Gojra and Gujranwala, have been the targets of several stray incidents. There have been cases of mob violence against them, and radical Islamists have also targeted places of worship of minorities. Such events have forced authorities to take additional precautions.

Lahore-based Saima Bhatti, a frequent churchgoer, revealed that she and her family are being cautious. "We won't compromise on our faith and rituals," she asserted. "But we have to check whether churches are ensuring sufficient security, especially with just a few weeks to go for Christmas."

Experts note that most attacks on Pakistani churches have either been carried out by the TTP, its allies, or its factions that became a part of the Islamic State in Khorasan (ISK) in 2015. As a result of this trend, the return of Taliban rule in Afghanistan and the ISK-orchestrated violence in the region, there's a sense of panic among Pakistani Christians.

Recent months have also seen a rise in TTP attacks in Pakistan. Observers noted a spike in July, when the Afghan Taliban stepped up their offensive, and the Pakistani Taliban claimed more attacks after the group took full control of Afghanistan.

According to data compiled by the Pakistan Institute for Peace Studies (PIPS), an independent research institute in Islamabad, in the first six months of 2021, the TTP claimed responsibility for 44 attacks. Till September 15, the TTP claimed to have killed Pakistani law enforcement personnel in 53 attacks.

"The rise of the Taliban in Afghanistan has encouraged such extremist organisations around the world," said Muhammad Amir Rana, director of PIPS and an expert on counterterrorism.

It was bearing this scenario in mind that Christian leaders decided to amp up armed protection at churches, especially during Sunday services. And given the new realities of the region, many from the community are concerned that the government won't pay heed to the security requirements of religious minorities.

"The political leadership and the police have been busy protecting the (attackers)," claimed Samson Javaid, referring to the Shanti Nagar massacre of local Christians that continues to be commemorated as a reminder of the state's failure to protect the minority group. "Meanwhile, lawlessness is on the rise, and Christians are forced to leave their villages out of fear. Prime Minister Imran Khan and the Chief Justice of Pakistan are requested to protect the local Christians."

(The author is an Islamabad-based freelance journalist and a member of 101Reporters.com, a pan-India network of grassroots reporters.)