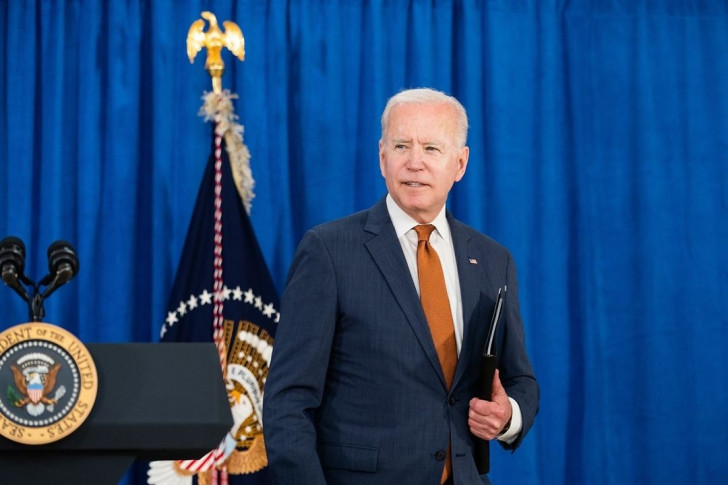 Washington, Dec 9 (IANS) US President Joe Biden has signed an executive order that requires the federal government to achieve a goal of net-zero carbon emissions by 2050.

"As the single largest land owner, energy consumer, and employer in the Nation, the Federal Government can catalyze private sector investment and expand the economy and American industry by transforming how we build, buy, and manage electricity, vehicles, buildings, and other operations to be clean and sustainable," the executive order said.

The order directs the federal government to use its scale and procurement power to achieve 100 per cent carbon pollution-free electricity by 2030, 100 per cent zero-emission vehicle acquisitions by 2035, and net-zero emissions from overall federal operations by 2050, including a 65 per cent emissions reduction by 2030, Xinhua news agency reported.

"The executive order will reduce emissions across federal operations, invest in American clean energy industries and manufacturing, and create clean, healthy, and resilient communities," the White House said in a fact sheet.

"Together, the President's Bipartisan Infrastructure Law, Budget for Fiscal Year 2022, and Build Back Better Act will provide agencies with the funding necessary to achieve the goals of the executive order," the White House said.

While Biden's order could help eliminate a sizable chunk of greenhouse gas emissions from federal government operations, Republicans could block spending and mandates to achieve those goals if they regain control of either the House of Representatives or the Senate in the 2022 midterm elections, according to Politico.

John Barrasso, the Republican senator from the state of Wyoming and ranking member of the Senate Committee on Energy and Natural Resources, on Wednesday blamed Biden's order as the "latest attack on American energy workers".

"With this action, he's telling millions of Americans who provide most of the energy we use every day that he thinks they should be thrown out of work. What's worse, he wants to use the power of the federal government to do it," Barrasso said in a statement.

"This is not build back better - it's another backbreaking move to build bigger bureaucracy. America needs an all of the above energy strategy. President Biden's strategy is to destroy the economies of Wyoming, West Virginia and other energy producing states," he said.