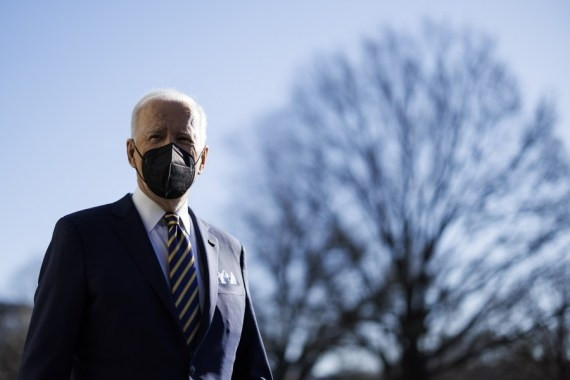 Washington, Jan 14
The US has taken more actions to contain the new Covid-19 surge, including offering more free test kits and "high quality masks" to Americans.

He also announced his administration would purchase an additional 500 million Covid-19 tests on top of the 500 million tests he previously announced, Xinhua news agency reported.

The new announcements came as the US struggles to address record high daily cases, hospitalisations, testing challenges and messaging frustration.

A total of 1,481,375 new cases and 1,904 new deaths were reported on Monday, according to data of Johns Hopkins University. The single-day increase of cases has set a new record around the globe since the onset of the pandemic.

The country is now averaging over 760,000 new Covid-19 cases and over 1,600 new deaths each day, up significantly week by week, according to latest CDC data.

The recent Covid-19 surge in the US driven by the highly infectious Omicron variant is leading to record high hospitalisations, and critical shortage of healthcare staff.

The country is averaging over 20,000 new hospitalisations each day, up 24.5 per cent over the previous week, setting a new record since the CDC started tracking the data from August 1, 2020.

Nineteen US states have less than 15 per cent remaining capacity in their ICUs amid healthcare staffing shortages. Four of them have less than 10 per cent capacity, including Kentucky, Alabama, Indiana and New Hampshire, according to data from the US Department of Health and Human Services on Wednesday.