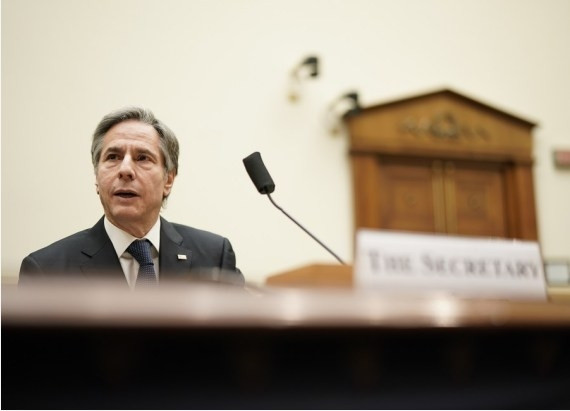 Washington [US], January 14 (ANI/Sputnik)
US Secretary of State Antony Blinken met with Jordanian Foreign Minister Ayman Safadi today in Washington where they discussed the political solutions in both Syria and Palestine, State Department spokesperson Ned Price said in a statement.
"The Secretary reaffirmed the US commitment to stability in the region through support of a political solution in Syria and a two-state solution to the Israeli-Palestinian conflict," Price said on Thursday. The diplomats also discussed the need to put in place reforms that will expand Jordan's economic growth and opportunity, including securing access to water.
On Tuesday, Jordan Prime Minister Bisher Al Khasawneh in an interview with Ammon News denied his country opened secret channels with the Syrian government to discuss reconciliation.