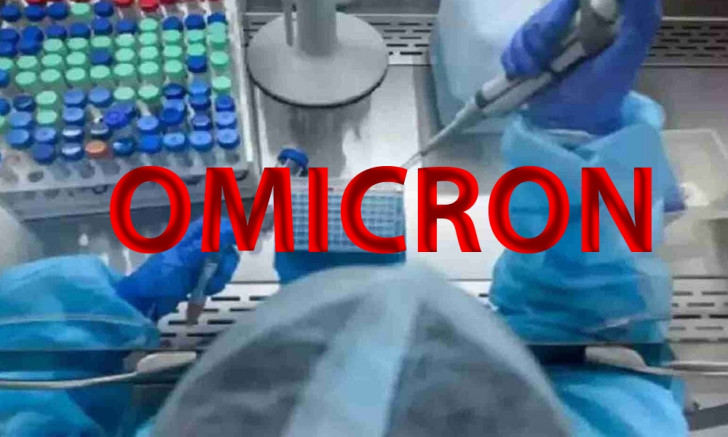 Addis Ababa, Jan 15 : In a ray of fresh hope as the world grapples with the surge in Covid infections, a new South African study, which is yet to be peer-reviewed, has claimed that the Omicron variant is even less severe for the unvaccinated.

According to the study, led by the National Institute of Communicable Diseases (NICD) in the country, unvaccinated people who were infected with the highly-infectious Omicron variant are less likely to fall seriously ill, require hospitalisation or die compared to the previous Covid strains.

The study comes at a time when the Omicron variant is spreading like a wildfire across the globe, including India. South Africa has witnessed the fourth wave which is now flattening.

"After adjusting for age, sex, co-morbidities and subdistrict, there was a substantially reduced hazard of death in wave four compared to wave three," the findings showed.

"The extent of reduction was attenuated when additionally considering prior diagnosed infections and vaccination," it added.

The researchers found that eight per cent of patients died or were hospitalised within 14 days of testing positive for Covid during the fourth Omicron wave, compared to 16.5 per cent in the first three Covid waves, reports the New York Post.

"In the Omicron-driven wave, severe COVID-19 outcomes were reduced mostly due to protection conferred by prior infection and/or vaccination, but intrinsically reduced virulence may account for an approximately 25 per cent reduced risk of severe hospitalisation or death compared to Delta," researchers noted.

The number of confirmed Covid-19 cases in Africa reached 10,245,090 cases, the Africa Centers for Disease Control and Prevention (Africa CDC) has said. South Africa, Morocco, Tunisia and Ethiopia are among the countries with the most cases on the continent, said Africa CDC.

According to the US' top infectious disease expert Anthony Fauci, data from several countries on the Omicron severity show that even though the variant is highly transmissible, it causes less disease than the previously Delta strain which was much more lethal.

Citing data from South Africa, Fauci said that Omicron is less severe in terms of hospital admissions, oxygen necessity, severe disease, and death, than both Beta and Delta variants.

Three studies from the UK -- the UK Security Agency, the University of Edinburgh at Scotland, and Imperial College -- show that in various parameters of disease severity, Omicron appears to be less than Delta.

Studies from Canada also show that the risk of hospitalisation or death was 65 per cent lower among Omicron compared to Delta, and the risk of intensive care was 83 per cent.