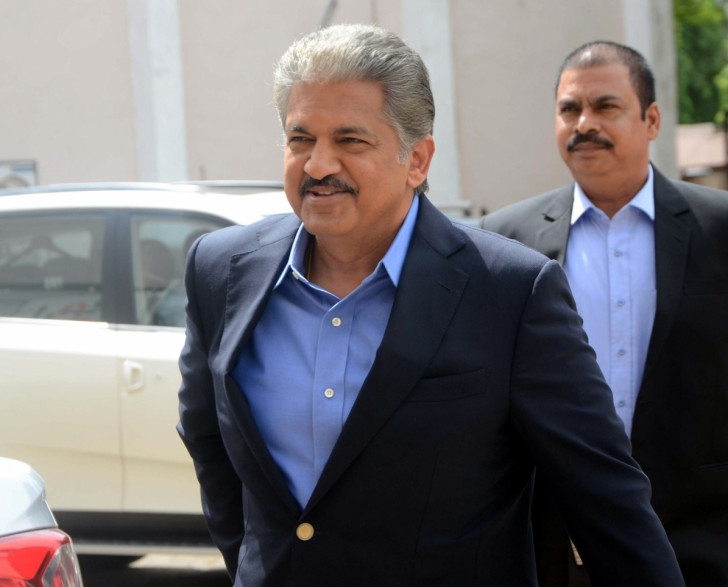 Bengaluru, Jan 26
Mahindra Group Chairman Anand Mahindra on Tuesday reacted to the incident of humiliation of a farmer at a Mahindra showroom in Tumakuru district in Karnataka, underlining that upholding the dignity of an individual is the core value of the company.

Anand Mahindra took to Twitter to make his stand clear with regard to the incident of the staff of the Mahindra showroom insulting a farmer who came to buy a Bolero pick-up vehicle.

The field officer had reportedly told the farmer, Kempe Gowda, that he didn't have even Rs 10. Gowda then arranged Rs 10 lakh in just 30 minutes and slammed the showroom staffers for the differential treatment meted out to him for his appearance.

Anand Mahindra tweeted on Tuesday, "The Core Purpose of @MahindraRise is to enable our communities & all stakeholders to Rise. And a key Core Value is to uphold the Dignity of the Individual. Any aberration from this philosophy will be addressed with great urgency," quoting a tweet by Mahindra and Mahindra CEO Veejay Nakra.

Gowda, a farmer from Ramanapalya near Hebbur town, taught the employees of the Mahindra showroom a lesson that they should not judge a person by his clothes.

Gowda was insulted by staff when he went to the showroom to purchase a pick-up vehicle. After being insulted, he arranged Rs 10 lakh in 30 minutes and demanded delivery on the same day.

The showroom staff have apologised for their conduct at a local police station. Gowda's quick action and zeal has been appreciated by people from all over the state and his photos and videos of the incident have gone viral on social media.

"I came to make a purchase of a Bolero pick-up vehicle. I had gone to the showroom along with my seven friends and uncle. But the company field officer mocked and chided me that I don't even have Rs 10 with me and how could I have the capacity to purchase the vehicle. The officer also said that no one comes to purchase a car in such a group," Gowda said.

"I arranged Rs 10 lakh in 30 minutes and placed it in front of the field officer. I had approached the police about the insult caused by the showroom employees. I am an educated man. I have studied till Class 10. What will these people do to farmers from villages," he questioned.

The matter was resolved after the intervention of police. After Gowda arranged the money and demanded immediate delivery of the vehicle, the showroom staff sought three days' time for the same.