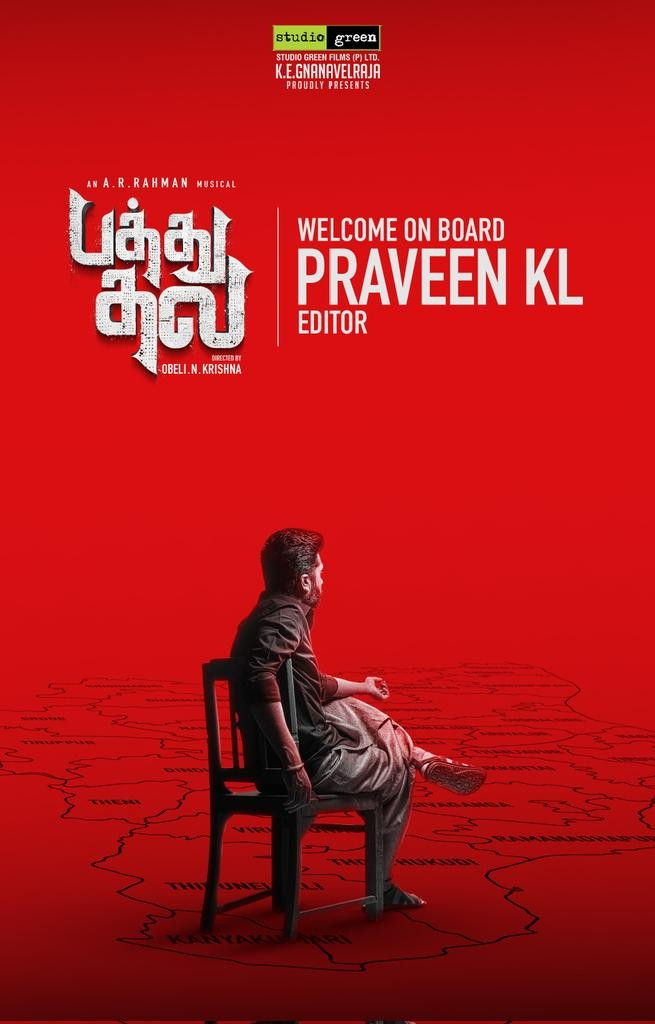 Chennai, Jan 26
National Award-winning editor, Praveen K L, whose work in actor Simbu's previous film 'Maanaadu' came in for much appreciation, has now been roped in as the editor of Simbu's upcoming film, 'Paththu Thala', which is being directed by Obeli N Krishna.

Taking to Twitter, Praveen K L said that he was excited to be a part of 'Patthu Thala', which he said had an awesome script from Krishna. The editor also thanked the production house Studio Green and said, "We will see a measured Simbu in this."

Director Krishna, who is known for his critically acclaimed superhit film 'Sillunnu Oru Kadhal', too responded to Praveen's tweet.

Quoting the editor's tweet, he said, "Love to work again with the most talented editor Praveen K L. Welcome on board."

The film, which has music by A R Rahman, will also feature Gautham Karthik, Priya Bhavani Shankar, Kalaiyarasan and Teejay of 'Asuran' fame among others.

As per rumours doing the rounds in the industry, Simbu plays a gangster in the film while Gautham Karthik plays a cop.