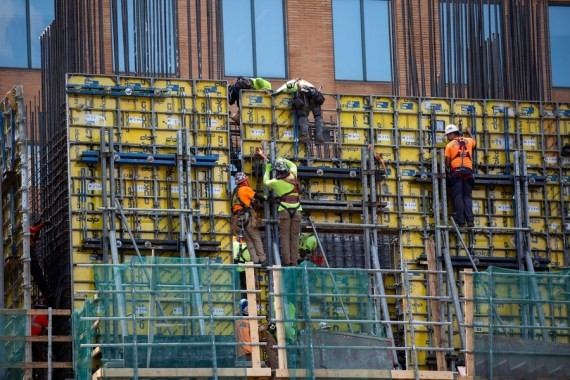 Washington, Jan 29
US labour costs rose strongly in the fourth quarter of last year, wrapping up the biggest one-year gain of labour inflation in two decades, as the Federal Reserve prepares to increase interest rates to tame surging inflation.

The Employment Cost Index (ECI), a quarterly measure of wages and benefits paid by employers, rose 1 per cent last quarter after increasing 1.3 per cent in the previous quarter, Xinhua news agency reported citing the Labour Department as saying on Friday.

Compared with a year earlier, the ECI rose 4 per cent, the biggest one-year gain in data going back to 2001.

The rising labour costs came as the Fed on Wednesday signalled that the central bank is ready to raise interest rates as soon as March to combat surging inflation as it exits from the ultra-loose monetary policy enacted at the start of the Covid-19 pandemic in 2020.

The central bank has pledged to keep its federal funds rate unchanged at the record low level of near zero for roughly two years.

But many Fed officials have expressed in recent weeks that they would be comfortable with a rate increase in March due to elevated inflation pressures.