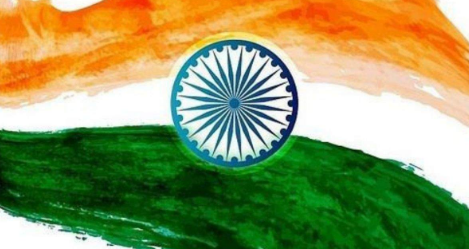 Every republic day we have the gala program where on one hand the military parade with its highlights is displayed and on the other floats from different states are displayed. The central Government chooses these floats. This year (2022) they rejected the displays from West Bengal, Tamilnadu and Kerala in particular, on the ground that only 12 such displays are to be exhibited. In case of Kerala display, there was another aspect which came to surface. The jury (Defense ministry) in charge of the selection of floats advised the Kerala Government that instead of Narayan Guru float which they had submitted, they can prepare the tableaux of Shankaracharya, who also hails from Kerala. The jury opined that Shankaracharya united India and should be put on the float. This is the third time since 2017 that the Kerala float is being rejected.

What is interesting is that this suggestion of replacing Narayan Guru with Shankracharya, given by the ministry displays the deeper agenda of central Government, which is working towards Hindu Rashtra in particular. These two tall figures from Kerala have very different and very opposite social ideologies. Narayan Guru stood for ‘One caste, One Religion and One God’ and Shankaracharya for the Brahmanical values of inequality.

Shankaracharya belonged to the earlier period between 8-10th century when teachings of Buddha were promoting caste equality, and for regarding ‘this world as real’ and to strive to wipe out the miseries of the people. Shankar argued that ‘World is an illusion’ and Brahma is the only reality. He had strongly challenged the Buddhist ideologues, shaming them. He was one of the ideological proponents due to which Buddhism got wiped out from India.

He went on to establish Mutts in Dwarka, Badrinath, Jagganath Puri and Shrigeri. These were to emulate the pattern of Buddhist mutts, while philosophically standing on the opposing side, Buddhism as materialist and Shakarachaya as an idealist. Buddhism for equality and Shankaracharya for the Vedic Brahmanical values of birth based hierarchies of caste and gender.

Narayan Guru was a deeply humane person. During the course of his growing up he went into the deeper engagement with spiritualism and the practice of Yoga. During the course of his philosophical journey in 1888, he visited where Aruvippuram he went in meditation. It is during his stay there, that he took a rock from the river, consecrated it and called it as an idol of Shiva. This place since then has been known as Aruvippuram Shiva Temple. This act later came to be known as Aruvipuram Pratishta. It created a lot of social commotion and opposition especially from amongst the upper caste/Brahmins.

They did not accept Guru's right to consecrate the idol. He replied to them "This is not a Brahmin Shiva but an Ezhava Shiva". This quote of his later became very famous and has been used against casteism. To fight against castiesm he committed his life. His steps were a big practical means in challenging the deep set caste system.

In due course Narayan Guru shifted his base to Sivagiri, near Varkala in 1904. Here he opened a school for children from the lower strata of the society to offer and provide free education to them. In the backdrop of caste system this was a revolutionary step, on par with what Jotirao Phule in Maharashtra, who had started schools for dalits. Modern education has been a big liberating force in the struggle against the caste system. People of all castes were welcome in his school contrary to the existing practice where only upper caste had the privilege for education. After seven years Narayan Guru also built a temple there and the Mutt was built in 1912, this were open to people of all the castes. He also undertook to built temples in other places such as Thrissur, Kannur, Anchuthengu, Thalassery, Kozhikode, and Mangalore. This reminds one of the later efforts of Ambedkar in Kalaram Temple entry movement, which was strongly opposed by upper caste.

Narayan Guru’s efforts challenged the Brahmanical system and he tried to break the barriers of caste. This was the major movement against prevailing caste system. The present regime, ruling at the center glorifies the past where caste hierarchies prevailed and Brahmanism was the major religion. It is also referred to as Vedic religion or Sanatan Dharma (Eternal, timeless). Shankarachaya is the major figure being projected as the one representing the major spiritual tradition of India.

Ambedkar points out that history of India is a history of constant antagonism between the values of equality put forward by Buddha and values of hierarchy as presented by Vedic Brahmanism or what they label as Sanatan dharma. Currently with the rise of right wing many efforts are being made to give the exalted position to Shankar, while the others belonging to the materialist tradition like Buddha, Charvak are being undermined. Interestingly at political level BJP does recognize Narayan Guru, but that is purely for electoral purpose and at symbolic level. As the real recognition is concerned it has been ignoring him, and the present rejection of the float showing him, proves the same.

In a way the rejection of the float of Kerala with Narayan Guru represents the politics of inequality for which the right wing stands. The Narayan Guru Math and Kerala Government is seeing the Central Government’s decision as politically motivated, which seems to be true. Other political parties like Congress have also criticized the decision of the Central Government. The jury claims that they have to select the best so this decision had to be taken. For it the likes of Kabir, Narayan Guru are an anathema. Gandhi who struggled for removal of untouchability and caste inequalities did take off from Saint tradition of India. It is time that we recognize the yeomen services of the likes of Narayan Guru and give them their due place in our National culture.

The present regime is rejecting of the floats proposed by West Bengal, Tamil Nadu and Kerala in particular also shows the attempt to undermine the federal concepts in favor of more centralized power structure.