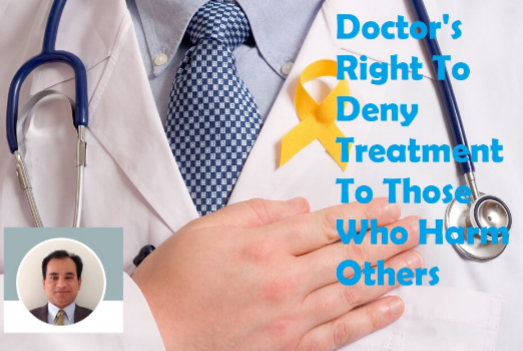 I’m not from medical field.

Last week I received two forwarded messages from Doctor friends in two separate WhatsApp groups.First one was a troll about the wedding bomb throwing incident
- yes, it really happened, please don't ask me where. In that incident the bomb actually fell on the head of the co-conspirator himself and he died in the most gruesome way. Some of the gang members, only in their 20s, got injured. Even though this was in the news, since the post came from a Doctor friend the thought that came to my mind was a question to him. Had this guy not been killed, he and other criminal friends would have ended up in front of you or another doctor. I understand Doctors take some or other version of Hippocratic oath to save life of the person in front of them irrespective of who what how & why. You Doctors are educated and trained for several years. During your every day practice you are trying to improve how to alleviate pain quickly or may be you are using all your faculty and the expertise of the team around you in a hospital to revive a person from death bed. That is the effort, time, and importance you give to life as part of your profession and daily practice. When your job is all about bringing back someone back to life, how do you feel about treating the criminals I mentioned above , engaged in taking life away in such a callous way? Are you obliged by the oath you have taken to treat and save these people? I don't know what the rules and guiding principle are across globe in different countries for Physicians in such situations.

The second post in the WhatsApp I mentioned above was a news item about a well experienced specialist Doctor being beaten up very badly by the relatives of the patient as they thought the treatment didn't go well. Again, I don't want to write in which part of the world it happened. My question to my Doctor friend is, if this were to happen to you and in future if one those criminals end up in front of you in an accident or emergency, are you still obliged to go by your oath and treat them?

I think the law and the interpretation of the oath should change at least in the Indian context where the types of incident I mentioned above are very prevalent. Doctors should be given more freedom to refuse treatment. Considering the classic Hippocrates oath dates back to 460-370 BC, it is obvious the context has changed a lot. For the sake of argument, even if such an oath were designed in the modern era say , 1900, the same oath makes sense as a person ending up in front of a doctor would be mostly to get cure for an illness or sickness. There was no need for a Doctor to think whether to treat that patient or not. If doctor refuses we would consider him to be cruel and against ethics. With industrial revolution came accidents as reason to see a doctor or get admitted to a facility. The oath still makes sense. But what is happening now? There are lot of criminal minds out there harming others, specifically, inflicting pain and taking life out - the exact opposite of what you are trying to do day in and out dear Doctor friend. Their criminal activities include use of arms, drugs dealing, trafficking, harmful adulteration to name a few ways someone else is harmed. Are you still bound and burdened by the oath and the rule of the land to treat such people when they end up in front of you for treatment?

Rule of the land or fear of punishment have not deterred these criminals. Some places in the world, jails are in fact paradise for professional killers. Let us hope at least the fear of not getting the medical treatment when it is needed sends a message to those who harm others.

I believe time has come for Doctors to get their due right to say a firm no and decline treatment to anyone they think has engaged in harming others. I understand as this would be controversial as doctor won't be knowing instantly about the criminal history of the person in front of him/her - whether this person has beaten up a doctor in the past or tried to take out some body's life. A banker can decide whether to issue or deny you a credit card or not instantly. Your credit history is out there which speaks about your financial credit worthiness. A police officer can instantly pull your driving history and get the types and details of offenses against you. He can deny your driving privileges. It is time the oath should be re written and a doctor has access to the data they need to have the right to say no and decline care. Let us hope the collective message and voice of Doctors - “you will be left to rot without our care” - works for the benefit of society as well as doctors.


Vinod Preet.
(Opinion expressed is purely personal. Nothing to do with my work or other organizations I’m associated with). Can be reached at [email protected]
Author living on Long Island, NY is a consultant for a global consulting firm based in DC.