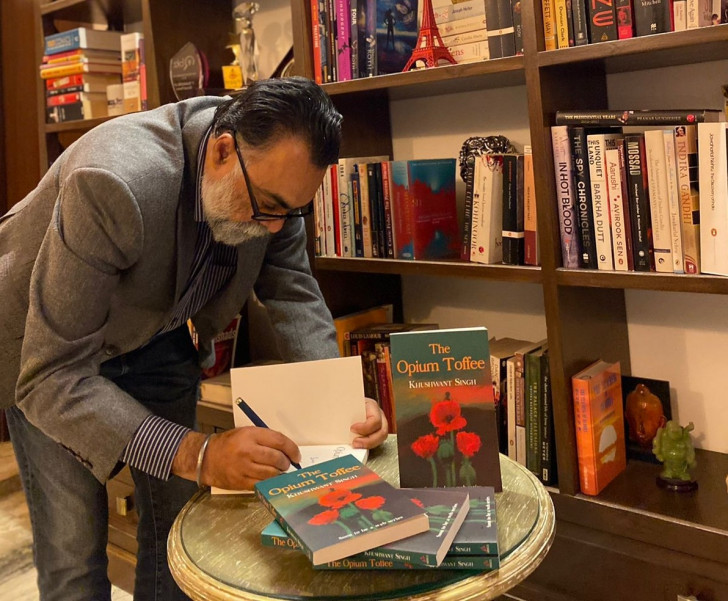 New Delhi, April 1 : Chandigarh-based author Khushwant Singh's second novel, 'The Opium Toffee', is set to be launched on April 9 and a story set in the strife of Punjab in the 1980s that traverses through drugs, fanaticism, politics and patriarchy.

'The Opium Toffee', like the author's first novel, 'Maharaja in Denims', has also been optioned for a cinematic rendition.

One of his other books, 'The Turbaned Tornado', the biography of Fauja Singh, the oldest Marathon runner, is also being adapted into a movie by Omung Jumar.

Singh has also written the authorised biography of former Chief Minister Captain Amarinder Singh, which was released in February 2017.

The book will be first launched in Mumbai on April 9, where the author will be seen in conversation with Priyanka Chaturvedi, MP and National Spokesperson of Shiv Sena, then in Goa, Pune and Ahmedabad.

Talking about his book, Singh said: "The objective of any novel or creative exercise set in an actual situation of strife is to generate empathy and shared pain.

"Punjab suffered immensely during the phase of its turbulence and I just fill the blank sheets to share with the world the state's story. It is with the hope that people understand as pain when shared brings people together."