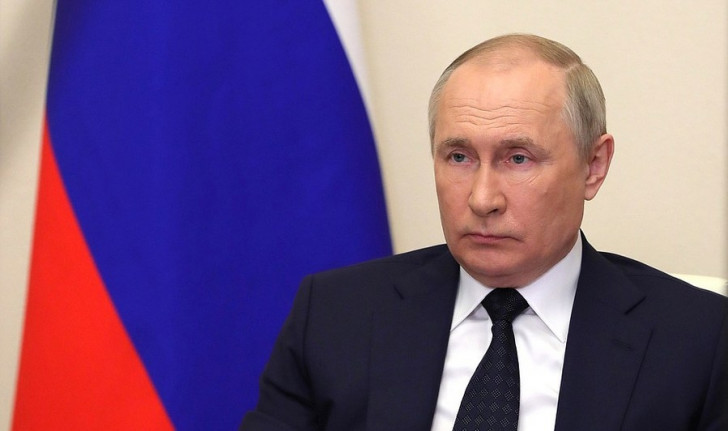 Washington, May 11
Russian President Vladimir Putin is preparing for a long war in Ukraine, with even victory in the east potentially not ending the conflict, US intelligence has warned.
Director of National Intelligence Avril Haines told a US Senate committee hearing on Tuesday that Putin was still intending "to achieve goals beyond the Donbas", but that he "faces a mismatch between his ambitions and Russia's current conventional military capabilities", the BBC reported.
She added that the Russian leader was "probably" counting on US and European Union's support for Ukraine to weaken as inflation, food shortages and energy prices got worse.
However, Putin could turn to "more drastic means" as the war continues, although Moscow would only use nuclear weapons if he perceived an "existential threat" to Russia, Haines said.
Defence Intelligence Agency Director Scott Berrier told the same hearing that the Russians and the Ukrainians were "at a bit of a stalemate".
In the latest fighting, Ukraine claims to have recaptured four settlements in the north-eastern Kharkiv region.
Cherkasy Tyshky, Ruski Tyshky, Rubizhne and Bayrak were all snatched back from Russia, Ukraine's armed forces said.
President Volodymyr Zelenskiy said Ukrainian successes were gradually pushing Russian forces out of Kharkiv, which has been bombarded since the war began.
But he said Ukrainians "should not create an atmosphere of excessive moral pressure, where victories are expected weekly and even daily".