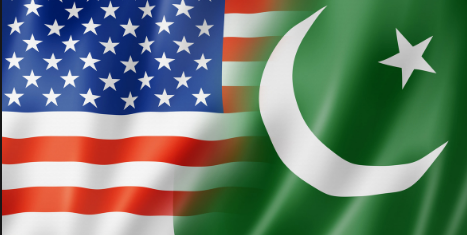 Washington [US], May 12 (ANI)
Pakistan and the United States on Wednesday completed their security level talks in Washington ahead of Pakistani Foreign Minister Bilawal Bhutto Zardari's visit to Washington later this month.
Inter-Services Intelligence Director-General (DG ISI) Lt-Gen Nadeem Anjum spent three days in Washington this week, meeting senior security officials, including US National Security Advisor Jake Sullivan and CIA Director William J. Burns, Dawn newspaper reported. The Pakistani newspaper said that neither side disclosed the details of these meetings, but the talks are believed to have focused on "bilateral security concerns and the situation in Afghanistan, as the US believes that Pakistan can help stabilise the war-torn country".
The last security level talks between the two countries were held in July 2021, when then-National Security Advisor Moeed Yusuf met Mr Sullivan at the White House, Dawn newspaper reported.
Meanwhile, Bilawal is scheduled to visit the United States later this month at the invitation of United States Secretary of State Antony Blinken.
Recently, Blinken held a telephonic conversation with Bilawal.
This comes at a significant juncture as former Prime Minister of Pakistan Imran Khan had levelled charges against the US for conspiring to oust him from power. The US State Department, however, had refuted all the allegations, saying that there is no truth to them.