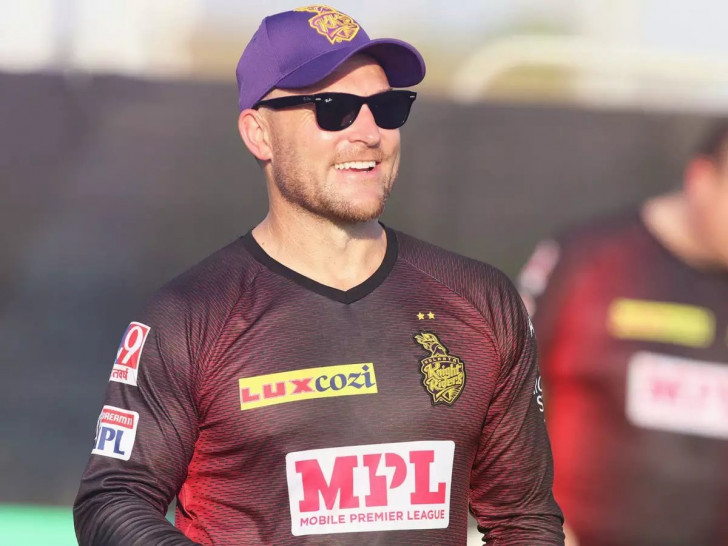 Mumbai, May 13 : Former New Zealand cricketer and the current Kolkata Knight Riders (KKR) head coach Brendon McCullum has said that the last couple of days, leading up to his appointment as the England men's Test team head coach, had been "emotional", and added that it would be a "big challenge" to turn things around with the England side.

The England Test side recently appointed Ben Stokes as their new captain after Joe Root stepped down following the series loss in the Caribbean. McCullum has been appointed to turn around the fortunes of the England Test side, which has won just one of the 17 games it has played over the last two years.

With Rob Key as the new managing director of the England men's cricket, this is the biggest high-profile appointment made by the England and Wales Cricket Board (ECB) looking at the busy summer schedule, which begins with a three-Test series against New Zealand at Lord's from June 2.

McCullum will step down as head coach of Kolkata Knight Riders at the end of the IPL 2022 season to take up his assignment with the England Test team.

"It's been an emotional couple of days. It's a tremendous honour to be honest, to try and help lead one of the biggest nations in the world into the next era and to hopefully and help reinvigorate some things and get some better results, it's pretty humbling," the former New Zealand skipper told SENZ's Baz and Izzy on Friday.

"It is a big challenge, obviously England have struggled over the last couple of years, I think it's the lowest rating they've ever had and the style of play is being questioned," added McCullum.

But with Stokes at the helm, McCullum feels England will find their winning touch.

"I'm incredibly lucky to have Ben Stokes as captain. The way he plays the game is how I played the game and how I love coaching the game, with freedom and trying to put pressure back on the opposition," McCullum said.

"That's a really big challenge in itself, trying to pull everyone together and believe in the direction we're heading."

McCullum added that his family was fully supportive of his new role, though a little apprehensive.

"The family is fully supportive. A little bit of apprehension, but also tremendous amount of excitement around how big the challenge is. In life I think if you're going to change what you're doing make sure it is worth the risk of doing so. And this is a big enough challenge to risk that," added McCullum.