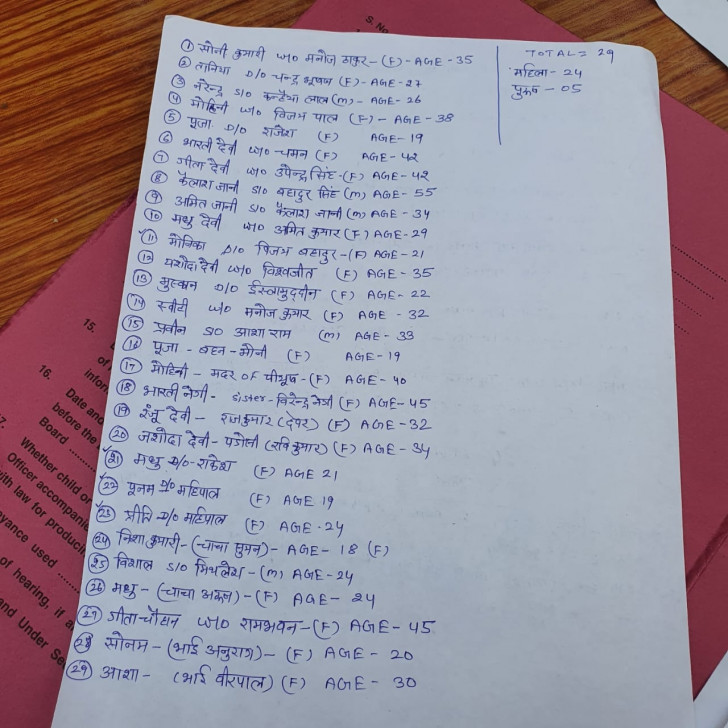 New Delhi, May 14 : At least 24 women and five men are still reportedly missing in the massive building fire in New Delhi's Mundka that has claimed the lives of 27 people, a latest report revealed on Saturday.

The report was provided by the civil defence team at the Sanjay Gandhi Memorial Hospital where the bodies from Friday's inferno were shifted, while relatives of the missing persons kept arriving to locate their loved ones.

According to the report, only one injured person is currently being treated in the hospital.

A total 14 injured persons were brought to the hospital following the incident.

The rest 13 have been discharged, the report added.

Manoj Thakur, who hails from Saharsa in Bihar, told IANS that he is trying to locate his wife Soni who was at the building at when the fire erupted.

He said Soni had called him telling him about the fire, but her phone was switched off after that.

"We are moving from pillar to post to find her," Manoj told IANS.

Relatives of the missing persons have also complained that not a single political representative from the area have come to the hospital for inquiry.

"We are still waiting that our MLA or MP will come to console us at the hospital as we have lost our family members in this unfortunate incident," one of the relatives said.

Meanwhile, Delhi Police have started the process to identify the bodies in the hospital.

A Delhi Police official said: "We are allowing two people per missing person to go inside the hospital to help in the process."