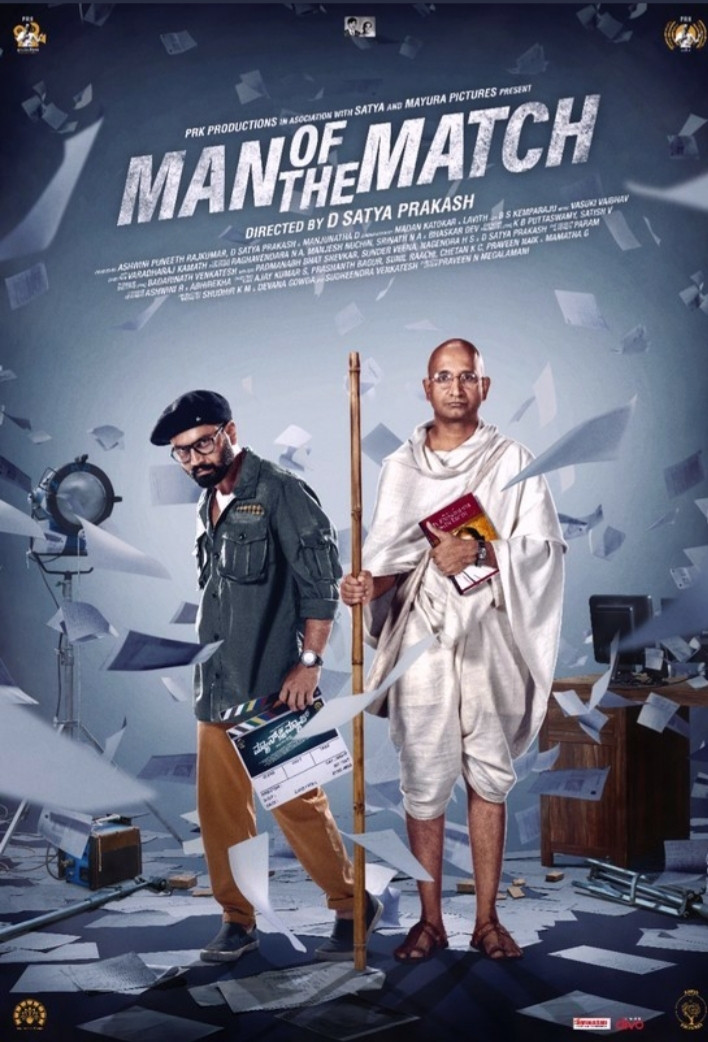 Bengaluru, May 14
In yet another acknowledgment for Kannada cinema, the movie 'Man of the Match' has been selected for the prestigious New York Independent Film Festival.
The movie is directed by the national award winner director D. Satyaprakash. The movie is produced under PRK Banner launched by late Kannada superstar Puneeth Rajkumar.
The movie has been released on Amazon Prime and received rave reviews.
The film festival is being organized between Aug 5 to Aug 14. This is first time the festival is being organized after the Covid pandemic.
The festival will be hosted at the Regal UA Midway theater located in Queens New York. Lawrence Whitener, the film critic who watched the movie during selection has showered appreciation on his social media.
"Absolutely brilliant Indian comedy. I reviewed for the NYC film festival. Tweeted its director, I gave it a 10. Its title is Cricket meaning to exceed well," he said.
Director Satyaprakash previous movies "Rama Rama Re" and "Ondalla Eradalla", also received critical appreciation. Nataraj S Bhat and Dharmanna Kadur, Athahrva Prakash, Mayuri Nataraj are seen in major roles.
Vasuki Vaibhav had composed music and also enacted a role.